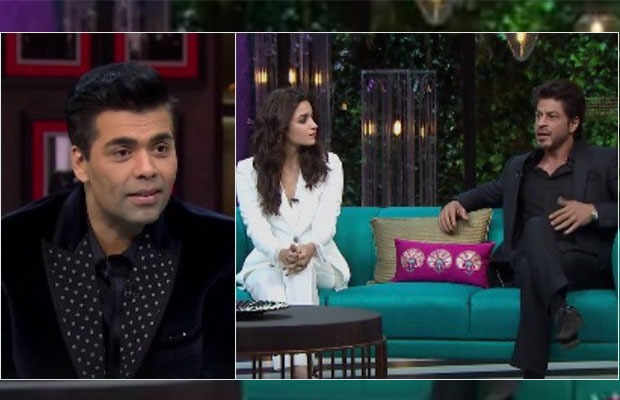 As we reported, the first guest in the show will be Alia Bhatt and Shah Rukh Khan. Well, the first promo feature these three is finally out and SRK again nails it with his witty answers.

CLICK NEXT TO WATCH THE PROMO OF KOFFEE WITH KARAN