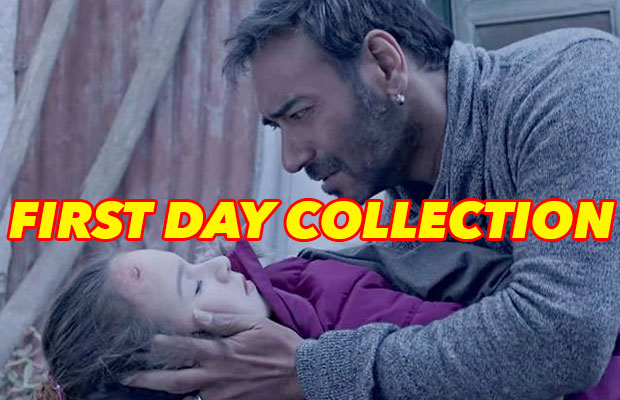 This week’s festive release, Ajay Devgn’s Shivaay  has been getting an immense response all over. The film is an action thriller about a mountaineer who goes to any extent to protect his family. The film is high with praises for its breathtaking visuals and VFX, which has turned out to be a key element of the film.

The film saw a low opening during the morning shows in comparison to Karan Johar’s Ae Dil Hai Mushkil. The film has been strong in the single screens but failed to show the magic in metros. Shivaay has seen lower start in comparison to Ae Dil Hai Mushkil, which means that Shivaay has to lead in coming days. The film has managed to collect around Rs. 8.75 crore nett (87 million) on its first day.

The film has got an average start but is likely to show a huge jump from Monday. It looks like the clash with Karan Johar’s ADHM has dented the collections of the film.

Shivaay has released on 2800-3000 screens and has been made at an approximate budge of Rs 105 crore, adding Rs 20 crore for the promotions. The film has managed to cover up Rs 50 crore through sale rights.