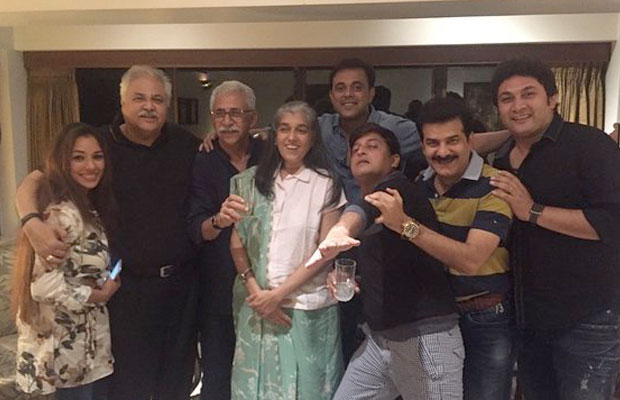 [tps_footer]Finally, Sarabhai Vs Sarabhai is going to be back. The much adored television serial which is still popular amongst the masses is all set to return as a web series.  The family comic drama which had wonderful characters of Monisha, Sahil, Indravardhan Sarabhai, Maya Sarabhai and Rosech is much in the limelight for its comeback.

The team of this serial had a reunion and since then everyone is excited for the big news. Moreover, producer JD Majethia tag lined their picture saying, ‘Good news’. The fans were quick enough to understand that their favorite serial is coming back.

Until yesterday, the talks of the comeback were still not confirmed. But it is now reported that Sarabhai Vs Sarabhai will very much be back as a web series. The producer of the show has confessed that the upcoming season will be a shorter one and the script is still not finalized.

The fan following of Sarabhai is larger than ever. From its mind blowing characters to its dialogues, the serial created a mark for itself. We are sure the web series version is going to be equally fun loving. All are now set to witness Maya’s sophistication and Monisha’s money saving tactics!

After all the tacky comedy shows, finally the masses will have a credible comic series![/tps_footer]