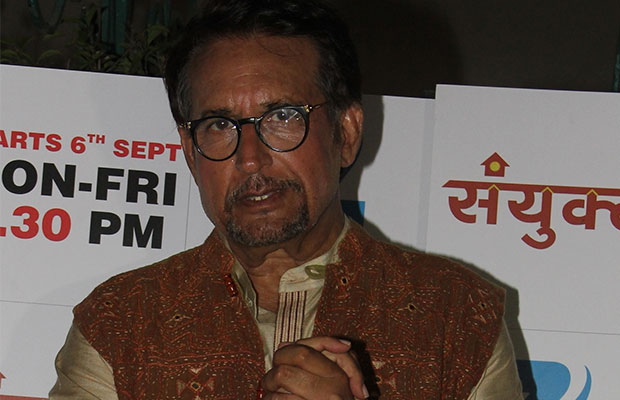 [tps_footer]What defines the ‘happiness’ of your family? Standing by your loved ones through thick and thin or going after your own personal, individualistic goals? Zee TV’s next primetime drama ‘Sanyukt’ attempts to showcase how both are not mutually exclusive goals and that they can be achieved without one compromising the other. The relationship one shares with one’s family is one of the most long-lasting and emotionally intense social ties. Higher education, well-paying jobs, better lifestyles and marriage propels the younger generation into an orbit of success which often has them stay apart from their parents…the very people who made it possible for them to be where they are! Capturing a common struggle that most families in India face at some point in their lives, ‘Sanyukt’ premieres on 6th September at 7 30 PM and will air every Monday to Friday, only on Zee TV.

The show follows the emotional journey of an elderly couple who endeavor to mend the fragmented relationships within their family, strengthen the bonds they share with their children and bring their family together under one roof. Meet senior citizens, Govardhan Bhai Mehta and Ila Govardhan Mehta, who stay in Mumbai. They believe they share a cordial relationship with their sons who do not stay with them, despite being in the same city. They decide to get their entire family to stay together and propose this idea to their sons and their families, hoping that they will readily agree. But to their utter dismay, their children do not agree to it! This brings out in the open many issues that each of their children have against them and they shockingly realise that there is a lot of discord even between their children. What follows is a heartwarming journey of the parents to mend their broken family to become one big happy joint family.

Producer Siddharth Anand Kumar says, “Joint family living, as a concept, is very deep-rooted amongst us Indians and till two generations ago, we were all staying under one roof with our extended families. However, due to growing opportunities in certain cities in India, many people have moved out and stay as nuclear families. Sanyukt is an endeavor to bring forth to the audiences of what life would be if all stayed under the same roof in an entertaining and non-preachy way.’’

Actor Kiran Kumar who will play the role of Govardhan Mehta shares, ‘I am really excited to be back on television after 3 long years. I have done around 7000 episodes so far on television but from the past three years, I was not really happy with the kind of roles I was being offered. It’s a great opportunity to be back with Sanyukt, a show which gives a chance to a 60 year old man to play the lead. Govardhan Das is an honest and just man, who wants to live happily with his family under the same roof. Every man who believes in these values will be able to relate to the character and I feel most men especially my age, will find a bit of Govardhan Das in themselves. I am working with a wonderful team and just returned from a schedule in Rajpipla.’

Actor Shubhangi Latkar who will play the role of Ila Govardhan Mehta adds, ‘I am happy to be back on television and Ila Govardhan Mehta is a very powerful role. The show will strike a connect with many families in India today. It explores the sensitive relationship dynamics between aging parents and their children as they choose between collective family interests and individual goals. This will surely make for a bittersweet poignant narrative.’

Actors Harsh Vashisht will be playing his eldest son, Parimal Mehta and Namrata Thapa will his wife, Gayatri Nirmal Mehta. Mohit Sharma will play the character of Niranjan Mehta and Urvashi Sharma will be seen as Rita Niranjan Mehta. They are enacting the roles of Govardhan’s younger son and daughter-in-law. Actors Maninder Singh and Suraj Kakkar will be seen playing the third and fourth sons of Govardhan Mehta – Rahul and Sameer respectively.[/tps_footer]