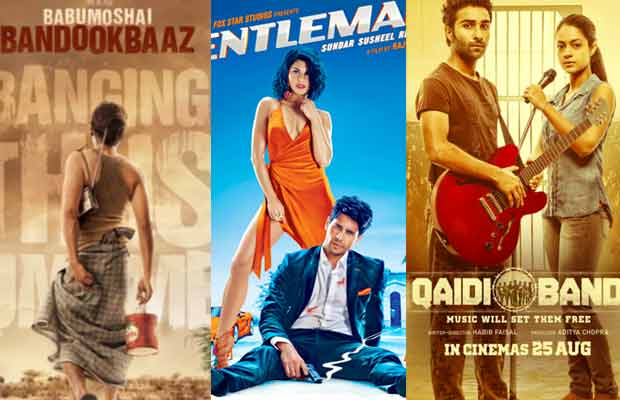 This Friday, not one or two, but in all ten movies are releasing at the Box Office including two Hollywood films.

Every month audiences are in a treat to watch some big Bollywood movies at Box Office. Well, two films releasing on the same day is quite a trend nowadays. The Box Office clashes are not something new to the industry. While most of the time one movie gets severely affected, there are rare occasions when both movies emerge winners. The upcoming Friday of August month, 2017 is going to be by far the biggest week of the year for Bollywood. Audience will witness not one or two but ten big Box Office clashes this Friday i.e. August 25, 2017.

Babumoshai Bandookbaaz featuring Nawazuddin Siddiqui, Bidita Bag and Siddharth Malhotra-Jacqueline Fernandez’ starrer ‘A Gentleman’ are all set for big box Office clash. Other Bollywood films are releasing this Friday are Sniff and Qaidi Band among others.

Without any delay, let’s have a look at the 10 Bollywood and Hollywood movies that will clash this Friday at the Box Office: