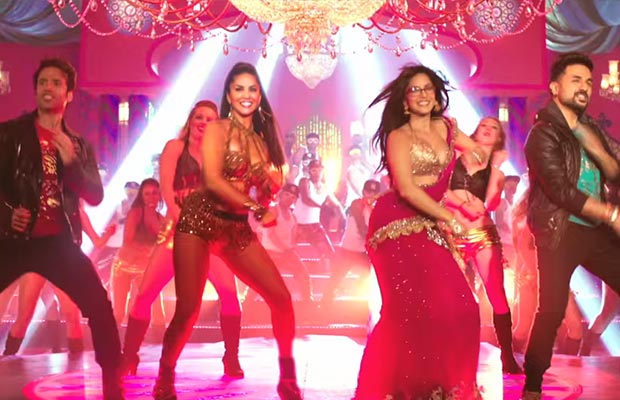 The official trailer of Mastizaade, starring Sunny Leone, Tusshar Kapoor and Vir Das in the lead roles has released. The film stars Sunny Leone and with the obvious reason, the film is based on adult comedy genre.

The hot and sizzling actress Sunny Leone will be seen playing a double role – Laila and Lily in the adult comedy. The two will be seen as twin bombs in the film. On the other hand, actors Tusshar Kapoor and Vir Das will play the role of two s**-addicts.

While Sunny appears in her all time hot sizzling avatar, Tusshar Kapoor and Vir Das will make you laugh out loud with double meaning and dirty jokes. Though the jokes and the humour dialogues failed to impress with nothing new, the oomph factor of Sunny Leone makes you hooked up.

With not so impressing dialogues, comedian Suresh Menon is surely making senses much better than Tusshar and Vir Das. Though not much showcased about him in the trailer, actor Riteish Deshmukh who plays the love guru in the film is nailing it with its character.

With trailer filled with double meaning jokes, the film has a lot more to flash in the terms of skin. Well, its Sunny Leone film, more than dialogue, the film has focused more on flashing skin and that’s how it works. In one scene, Sunny Leone also goes all out.

Mastizaade also has a double meaning punch line, which gets repeated again and again, “Sikka hilla toh pass“. Directed by Milap Zaveri, the movie “Mastizaade” is slated to release on January 29.