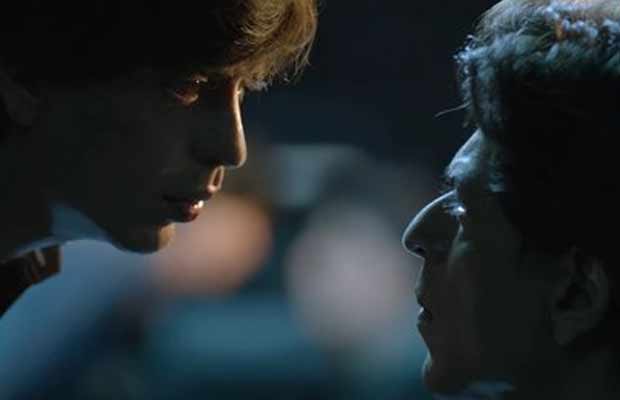 [tps_footer]The much awaited trailer of Shah Rukh Khan’s ‘Fan’ is here and it might just restore your faith in King Khan. After ‘Dilwale’ disappointment, King Khan is back and this time with a big bang. The first full trailer for the upcoming movie ‘Fan’ was released yesterday amidst over 4000 fans and it will remind you SRK of 90s. Remember the era when SRK was hit for his anti-hero roles? Well, that SRK is back and we can’t wait for it.

Two teasers were released last year but we finally have the full trailer and it doesn’t disappoint. The trailer presents Shah Rukh Khan as Gaurav who is probably the biggest fan of Shah Rukh Khan as superstar Aryan Khanna. He not only admires the star but also happens to be a lookalike of Aryan. He literally worships Aryan and dreams of meeting him one day. The story follows a fan Gaurav who’s admiration for his idol Aryan slowly turns into a lethal obsession.  This marks the beginning of a relationship between Gaurav and Aryan that leads them to a dark path. After being disappointed by meeting his idol, Gaurav vows to make Aryan realize the importance of his fan.

The film looks pretty impression from the trailer. It has been ages since the time SRK has set a benchmark through his character. Well, Gaurav certainly proves that why he is the Badshah of Bollywood. The action sequences are look appealing and it we might actually have a hit this year. Last but not the least, this film presents scenes from SRK’s real life and is a tribute to his own stardom that is shown through the eyes of his biggest fan.

SRK’s love interest in the movie is model, Waluscha De Sousa. Produced under YRF banner, the movie is directed by Maneesh Sharma. ‘Fan’ is set to release on April 15,2016.