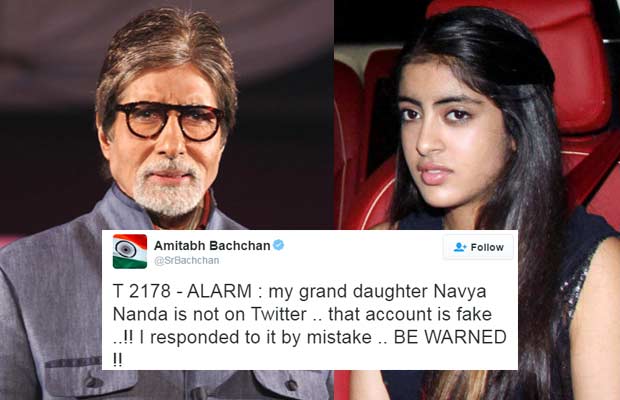 [tps_footer]Couple of days ago Amitabh Bachchan‘s granddaughter, Navya Naveli Nanda, took to her twitter handle to share a message for team India after their defeat against New Zealand in the ICC World T20, held on March 15, 2016.

Navya Naveli Nanda took to her twitter handle to tweet, “before you attempt to beat the odds, be sure you could survive the odds beating you. #IndvsNZ” 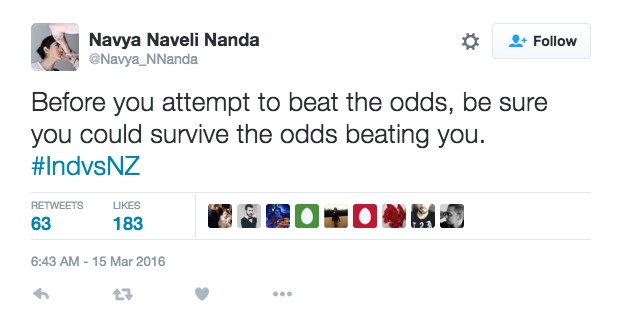 Grandfather and veteran actor Amitabh Bachchan could not help but retweet and replied her message instantly. 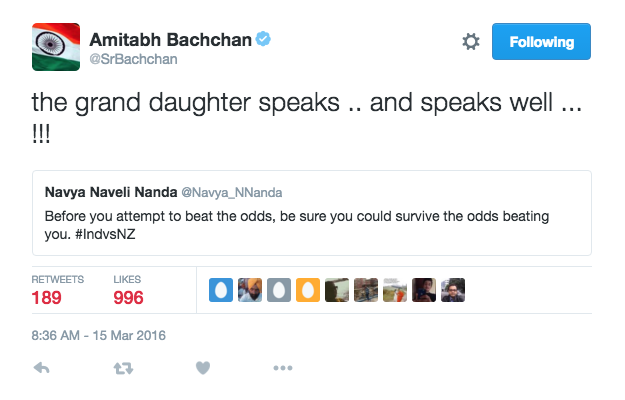 But now it seems after couple of days Amitabh Bachchan has realized that it’s not her granddaughter’s official twitter account and to reveal about the same, Big B once again tweeted to warn everyone. Big B took to his twitter handle to reveal that it’s a fake account of Navya by tweeting, “T 2178 – ALARM : my grand daughter Navya Nanda is not on Twitter .. that account is fake ..!! I responded to it by mistake .. BE WARNED !!” 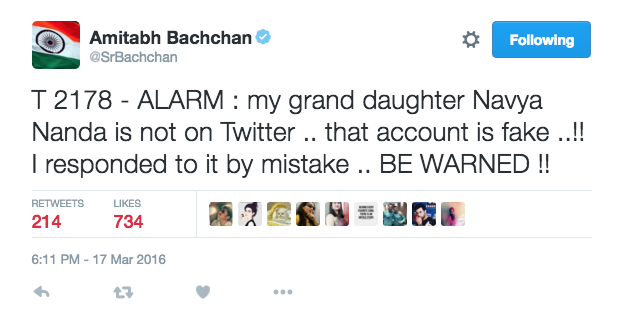 Well, Amitabh Bachchan’s tweets have left us confused and wonder on how he can realize about the fake account after almost two days? Well, we say it’s never too late and yes, note down that Amitabh Bachchan has warned everyone over her grand daughter’s fake twitter account.[/tps_footer]