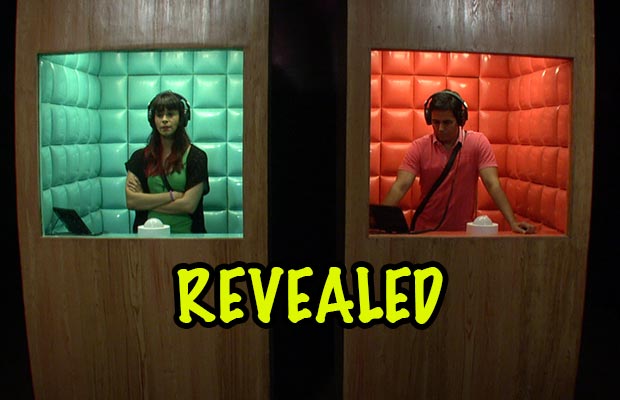 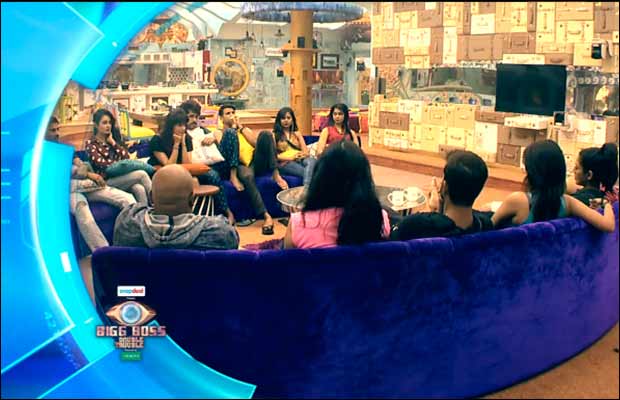 [tps_footer]‘Bigg Boss 9 Double Trouble’ is taking new twists and turns with each and every upcoming episode. As earlier we exclusively revealed how ‘Bigg Boss’ gave advantage to only captain Kishwer to use the luxury budget task items.

As Kishwer is the captain of the house, only she had right to use the products that were bought from 900 points which were won from the luxury budget. But Kishwer rejected to use those products alone, as she wanted luxury points to be used between all the contestants.

Also in the upcoming episode you will see that ‘Bigg Boss’ will throw another bomb on the contestants. Yes, with new twists, ‘Bigg Boss’ introduces double trouble room for the contestants, where the most important decisions will be taken in the room and that will affect the whole house.

Bigg Boss gives Aman and Kishwer to enter the double trouble rooms. Both were sent in two individual rooms glass with sound proof glass coated. The duo was given mic and were said to take a decision where they had a power to free inmates from partnership and that was witnessed by the other contestants on the TV. Two contestants will get a chance into this room every week and they will be asked one question by ‘Bigg Boss’.

Both contestants will plug in headphones and will not be aware of whether the contestant has pressed the buzzer or not – and the twist lies right here. Aman and Kishwer (who could not see each other) were called into the Double Trouble room and ‘Bigg Boss’ told them that they have the power to free the rest of the house. He told them that a)  if one of them presses the buzzer, the whole house gets free of the bond, b) if both press the buzzer, Aman and Kishwer get tied up again and c) if none of them press the buzzer, they will get back into a bond along with another jodi but the rest of the house will be freed of the bond.

The argument and the guesses among the inmates started where Yuvika said I don’t think they will agree to it, on the other hand Keith guessed saying that Aman will think but Kishwar will not agree to it.

Well, we wonder what the decision would be among the two and that would it be a double trouble for the jodis or will they be free from their partners.

Meanwhile, ‘Bigg Boss’ also gave a task to Kishwer where she had to title each and every contestant according to his or her behaviour in the house. She gives ‘Nakli’ title to Mandana, where she gets upset about it.

We can already feel that the new high voltage drama is on its way!!