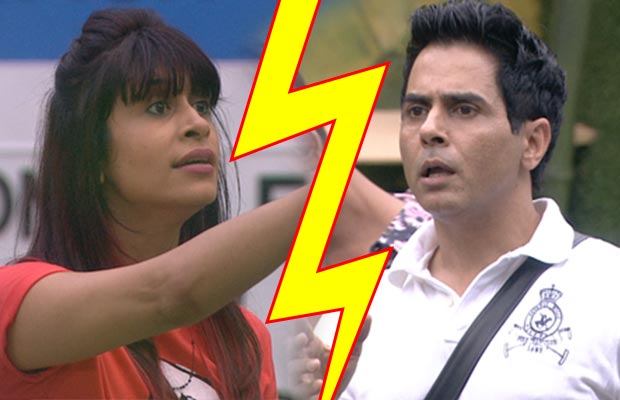 After the ‘double trouble room’ task where Rochelle took the smart move and pressed the buzzer, the contestant were given another task ‘face the truth’. Bigg Boss 9 is a house where contestants are not behind to bang on others when some power is given to them.

One by one the contestant stood in front of them and took the good, bad and ugly comments/suggestions from Rimi, Mandana and Aman. Suyyash was the first one to stand, after taking good and bad comments from Rimi and Mandana, Aman gave an ugly view about Suyyash by saying that whenever he tries to solve the misunderstanding with him, his girlfriend Kishwer interrupts. He also said Suyyash to control his anger which is not right at all. Each contestant was given two minutes and they also had right to argue and defend themselves in the same amount of time given.

Later Aman also banged Kishwer by saying that her behaviour is wrong and that she loses herself only while showcasing that behaviour. Kishwer who couldn’t take this was too annoyed and actually wanted to get down with a fight. But as the contestants were given only two minutes she couldn’t argue much. But she did say to Bigg Boss that, “wish I was have given more two minutes to bang Aman”.

Is Kishwer purposely trying to provoke the housemates one after other? or its her mind game?