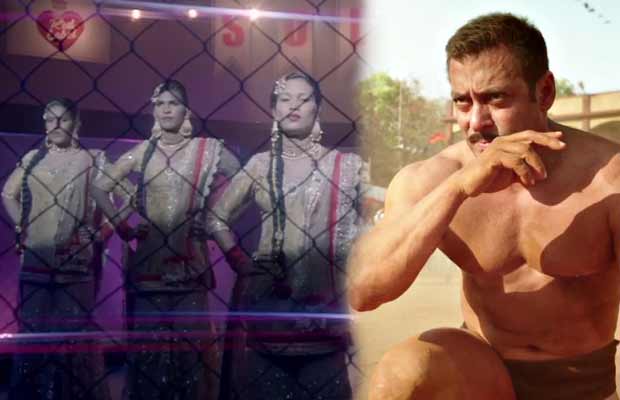 [tps_footer]After teaming up with Shah Rukh Khan, Arjun Kapoor, and Hrithik Roshan, 6-Pack Band campaign has teamed up with Pakistani maestro Rahat Fateh Ali Khan, for a song that preaches the message of love. The just released new song, ‘Raula Paye Gaya’ is an official tribute and salute to Salman Khan’s Sultan. The video opens up with fighting scenes of Salman Khan from Sultan, which portrays that how the actor is fighting all odds and coming out gloriously.

Just like how Salman Khan’s Sultan breaks all the barriers and boundaries to achieve his success and passion in Sultan, the same story is a reflection of the same spirit for the 6-pack band. The 6 pack band is coming to an end but moreover, by breaking all the barriers the team has made the world a better place. Towards the end of the video song, Anushka Sharma talks about acceptance, love and respect. The actress is heard showcasing a true and strong message about discrimination.

Named as ‘6 pack band’, the fusion band includes highly talented 6 transgender artists with singer Sonu Nigam stepped in as a creator mentor for them for the first song. Highly talented transgenders have left everyone amazed with the opportunity they have received from Y-Films, which is produced by Ashish Patil.