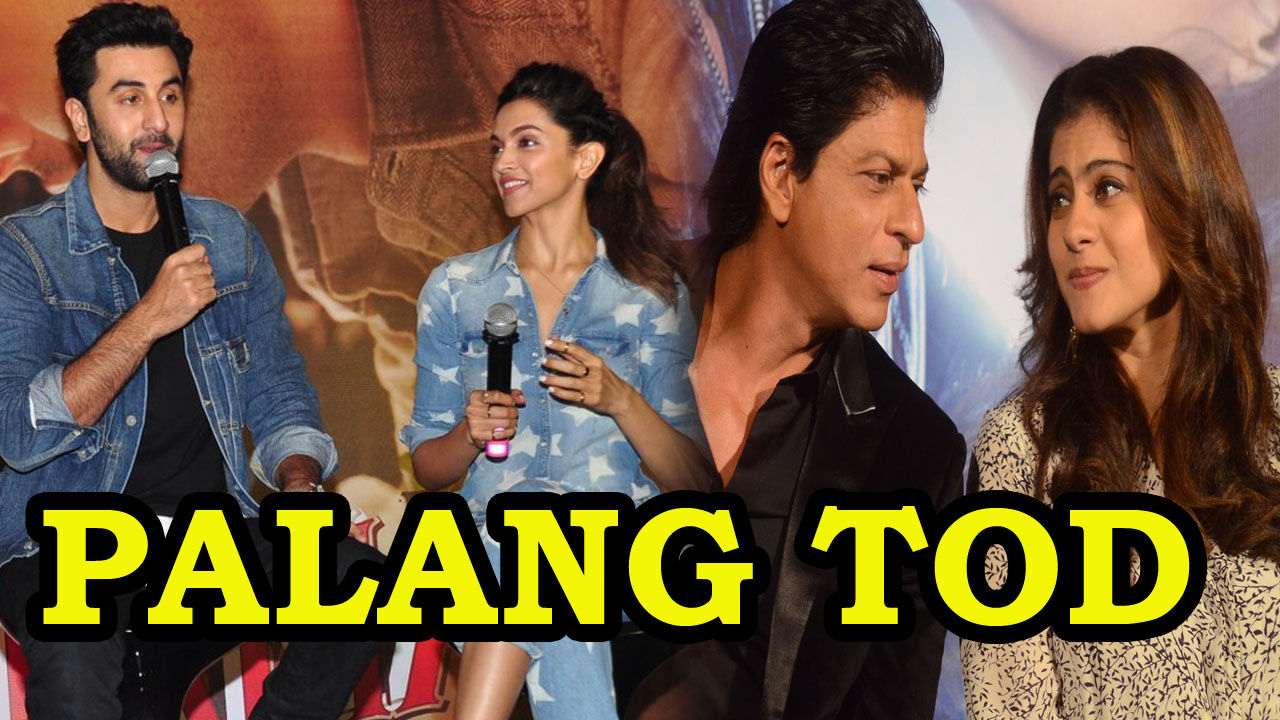 Bollywood star Shah Rukh Khan who will soon be seen in ‘Dilwale’ recently responded to a comment made by Ranbir Kapoor and Deepika Padukone. The young stars are currently promoting their upcoming movie ‘Tamasha’ with a fun game called the Tamasha Chemistry Meter where they are judging the level of chemistry between two persons. When asked about Shah Rukh Khan and Kajol’s chemistry, both the excited stars stated that their chemistry is ‘beyond palangtod’.

After hearing this sweet comment from the duo SRK was overwhelmed and expressed how he felt about the same. Ranbir and Deepika stated that they are awaiting the release of ‘Dilwale’. Shah Rukh Khan stated, “Ranbir and Deepika are amazing. It is too sweet of them to say that about my chemistry with Kajol. We don’t know whether it is palangtod, ghar tod aur khidki tod! I don’t know how is their chemistry. Whether they break palang or no, I don’t know!”

Well unlike King Khan we’re definitely sure that Ranbir-Deepika’s chemistry will be nothing less than palangtod in ‘Tamasha’! Deepika Padukone and Ranbir Kapoor have been creating headlines with their promotional tactics for their movie ‘Tamasha’. Well, this ‘Tamasha’ duo has already started doing a lot of tamasha and we cannot wait to catch them on the silver screen once again. After their sizzling chemistry together in ‘Yeh Jawaani Hai Deewani’, Ranbir-Deepika are all set to dazzle the audiences with ‘Tamasha’ releasing on November 27, 2015.

Shah Rukh Khan on the other hand has ‘Dilwale’ with Kajol, Varun Dhawan and Kriti Sanon directed by Rohit Shetty. Undoubtedly ‘Dilwale’ is one of the highly anticipated releases left in 2015 and audiences cannot control their excitement to watch it. The film is all set to release on December 18, 2015 which releases along with Deepika Padukone starrer film ‘Bajirao Mastani’.