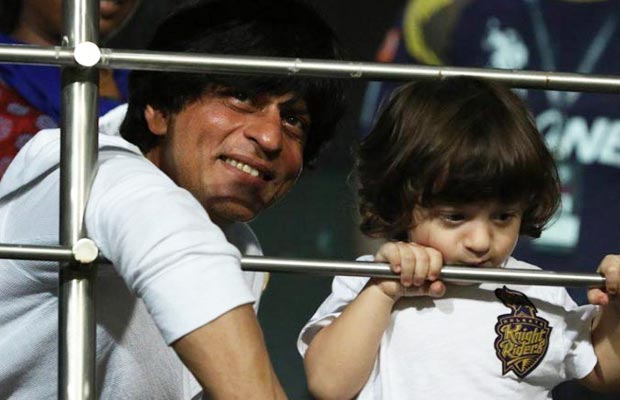 [tps_footer]Along with his busy and hectic schedule, Bollywood’s superstar Shah Rukh Khan also makes sure that he gives equal time to his kids. No matter what, the dotting father always takes some time out to communicate with his kids during his busy schedules.

Undoubtedly, AbRam is overloaded with cuteness and surely grabs all the eyeballs while he is with his daddy Shah Rukh. As we all know the actor is head over heels for his little son AbRam. Moreover it’s all amazing to witness a superstar going all mellow for his kids. Also earlier, while SRK was travelling for the shooting of his film ‘Dilwale’, the actor was spotted shopping toys for his adorable kid at the airport before going home.

Not only that, during the shooting of the film, AbRam was with his father SRK in Hyderabad and was seen enjoying mini ride with director Rohit Shetty while SRK was seen paying close attention to his little son and was appearing to be all over caring and cautious for his little child.[/tps_footer]