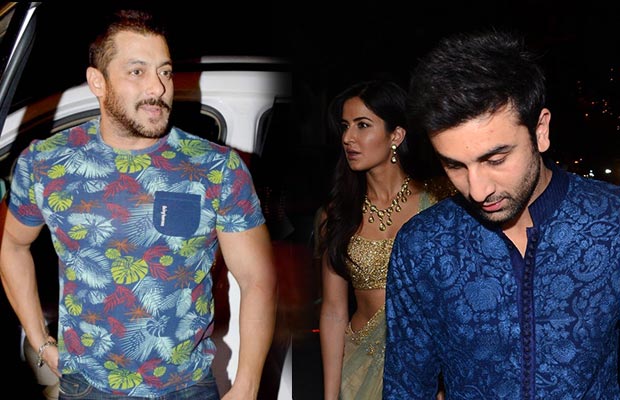 Katrina Kaif has always been in headlines for her relationship with actor Ranbir Kapoor. The actress who is reserved to the core and doesn’t like to talk about her personal life, is time and again bombarded with questions regarding her love life.

Recently on the chat show ‘Look Who’s Talking’ With Niranjan Season 2, Katrina opened up on beau Ranbir Kapoor and her marriage plans. Head strong in her career decisions, Kaif was all poised while answering the tricky questions.

When asked about Ranbir Kapoor as a friend and her rapport with the actor, Katrina replied saying that Ranbir is an all-time friend for her. The Bang Bang actress further laughingly confessed that she would like to change Ranbir’s phone habits and wished that he was more expressive.

Commenting on the much in limelight topic of marriage, Katrina seemed calm and planned, and shared that for her marriage is a huge celebration and she would be welcoming it as and when it happens. The beautiful diva also added that when she decides to tie the knot she wouldn’t hide it and would be open about it.

Starting from scratch Katrina opened on Salman Khan too. The actress shared that she would always be thankful to Salman’s family and refrains from talking about the Dabangg Khan as it would be disrespectful to her life as of today. Keeping up her diplomatic side at its best, Katrina seemed to be all geared up for the tricky interrogation.

The actress was dressed in smart formals, with a white patterned plain shirt and light toned denims, Katrina looked her classy best. The actress is currently gearing up for her upcoming films ‘Fitoor’ and ‘Jagga Jasoos’.