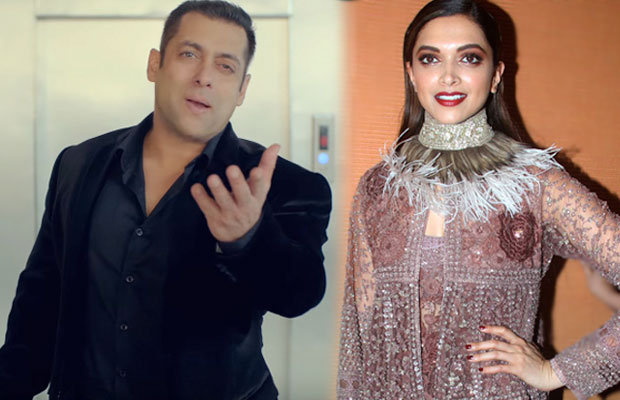 There will be a double treat for all the fans of Salman Khan and Deepika Padukone.

It is for the first time that a trailer which has not been seen by the audience on any other platform will be showcased on Salman Khan‘s reality show.

There have been big films releasing around the airing of this show but no other trailer has been launched on the show.

In fact Salman has not even done it for his own big releases.

However, this time around he does it for Deepika Padukone who he considers very dear to him.

While we are yet to see them come together on the big screen, the small screen experience of the two of them sounds like a lot of fun too.

Expect solid chemistry, a lot of fun and hoots and cheers for our two superstars.

There is a lot of excitement and anticipation among the audience taking Deepika’s big Hollywood debut and the news of the trailer being launched by none other than Salman Khan only adds fuel to the levels of excitement.