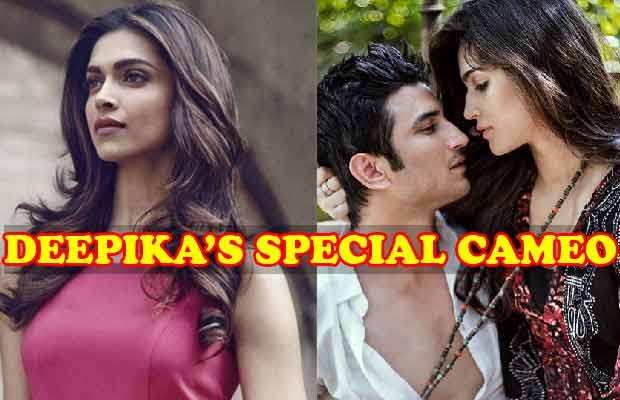 [tps_footer]According to the always so nosy media, sometime ago it was reported that Deepika Padukone will be making a special appearance in friend, Dinesh Vijan’s maiden directorial venture ‘Raabta’.

As reports would have it, some more interesting details about her involvement in this movie has been revealed. According to reports, the 30-year-old will be seen grooving to a catchy item number! Woohoo, we get to see more of her other than ‘lovely’ and who doesn’t love our partyholic Veronica right?

The song will be composed by Pritam and is expected to be a peppy track. Moreover, the rehearsals are expected to start soon. If all goes as planned, it will be shot in Budapest on June 1. Now, that is quick isn’t it ?

“Deepika is Dinesh’s lucky mascot. When he shared the idea with her, she immediately came on board,” a source reported.