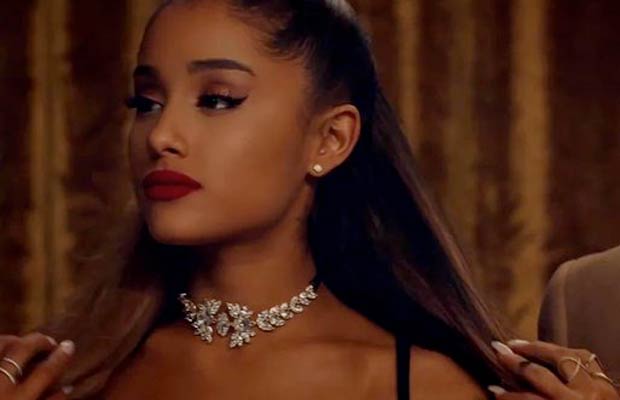 [tps_footer]Ariana Grande’s latest album which is only her third has released to a lot of fanfare, buzz and praise in the US just days ago. Fans of the red-haired singer have been calling the album nothing short of a masterpiece and have even gone so far as to say that this is the best work of her career so far. On 20th May this year, the album was made available to buy on iTunes and within the span of a few hours, it was bumped up to the top spot on the iTunes chart due to the sheer popularity.

Now, Grande has shared the video for ‘Into You’ on her social media account. This happens to be the latest single from her new album ‘Dangerous Woman’. The video directed by the infamous Hannah Lux Davis captures the doe-eyed Grande in a never –seen –before ‘dangerous’ and sultry look. The video has Ariana performing in the desert, get too close to a hunky man and we also spot her riding double on a motorbike. Grande dropped the clip at midnight and prior to sharing the video, she had successfully created a lot of buzz by tweeting with #intoyouvideo.

Grande’s most successful album to date boasts of 11 tracks, 4 bonus numbers and collaborations with Future, Nicki Minaj, Lil Wayne and Macy Gray. The songstress who has often been compared to the very famous and curvy Mariah Carey even performed ‘Into you’ and ‘Dangerous woman’ at the 2016 Billboard Music Awards.