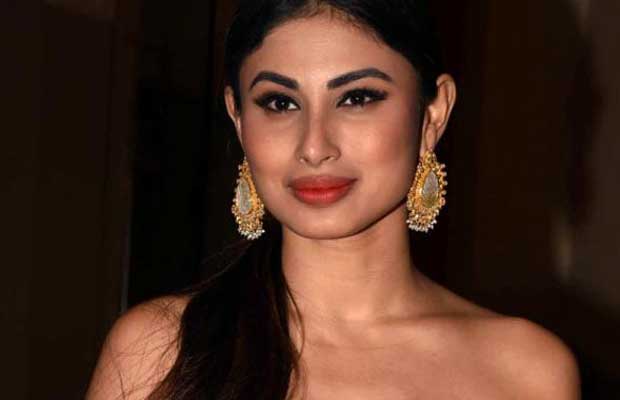 Actress Mouni Roy, known for her short fuse and ballistic behaviour has just begun her Bollywood career sometime ago. The actress has been on cloud nine as she was roped in as the lead actress in Bole Chudiyan alongside talented Nawazuddin Siddiqui recently but now the actress has been replaced due to her poor acting skills.

The actress not only lives up to her expectations and character but also despite signing a MOU (Memorandum of understanding), she claims to refuses to do the film by saying that she doesn’t like the script now. However, earlier she has said on record to a leading newspaper about Nawazuddin being a god and how much she loved the script.( see Bt paper cutting )

Surprisingly, Mouni who was out of work post her debut film was back in the news with Bole Chudiyan and started getting meaty offers.
Unlike her other films where she got raw deal, Woodpecker spent huge amounts to hype Mouni Roy for the film but once she was in news, she and her agency in greed wanted to use these dates.

Even her talent agency after signing the MOU kept saying that she was travelling and they would send soon fix for workshops in a day or two and only on their this assurance and trust the First look was announced. It’s a clear case of breach of trust.

When quipped has Producer Rajesh Bhatia says, “We deny any one has been rude to Mouni, there were 25 people in conference room when she walked in 3 hours late for a reading. Infact she has been irresponsible and busy holidaying & attended only 1/1/2 reading. We have invested big amount of money and if asking someone in a civil manner to be professional & committed to the role is being rude than sorry we are in the serious business of making movies with high stakes and it’s not a hobby. From the time we have signed her, she and her agency Toabh have been highly unprofessional and irresponsible Even after signing the MOU and paying her. Even for the final narration held two days back on 29/5/19, she walked in at 5.30 pm for a 3pm narration embarrasing the producers, director and actor. As for the role it’s one of the best scripts & as for creatives it’s director’s call but let me ensure you the role of girl in the film is central and from girls point of view with 5 songs. It’s amusing to hear her complaining of full fledged heroine role which is far superior unlike her other blink & miss roles. Frankly I think she knows she is been guilty & just trying to defend herself & be in the news.”

“The actor, director, me & Kiran as content head & as producers did our best to reason out with her about lack of her professionalism and dedication but she suddenly lost cool & was ill tempered and started throwing high handed attitude near all seniors which was shocking. We would rather replace now than suffer as ours is one schedule film. Let me ensure that Bole Chudiyan is going ahead as scheduled with a new heroine. Woodpecker Movies as a Production House stays fully invested in the project and will go ahead with the film with a new heroine” he adds.

Mouni Roy has a clear history to stir controversies. In the recent past, she underwent into a major argument with Jet airways staff where she claimed for being disrespected followed by a huge ruckus while performing at Akash Ambani’s wedding.

Bole Chudiyan marks the directorial debut of Shamas Nawab Siddiqui and is produced by Rajesh Bhatia and Kiran Bhatia under their banner Woodpecker Movies. The film, which is going on floors in June end will see another established actress opposite Nawazuddin Siddiqui now. The makers are meeting A-list actresses and will soon announce the lead actress.