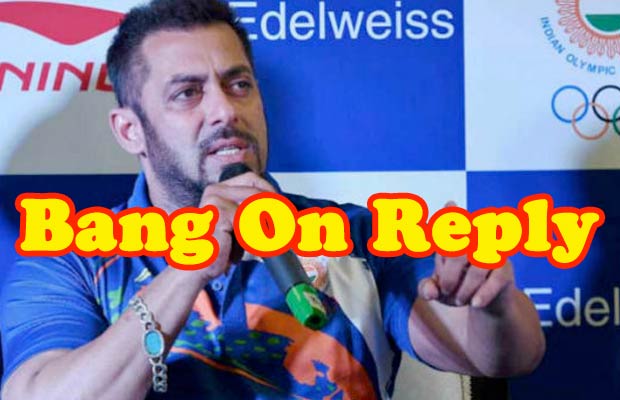 [tps_footer]In a recent interview with HT in at a 5-star Bandra West, Salman Khan opened up about being the goodwill ambassador for Olympics. There has been a huge controversy about his nomination, along with others like A.R Rahman, Sachin Tendulkar and Abhinav Bindra.

The former received a lot of criticism and media attention while the latter were spared. Salman told HT that he thinks it is unfair of media to only pick on him. When explained that a few people think that because he has court cases against him, he should not be an ambassador for Olympics, he retorts saying that there are many politicians who have court cases pending against them but not one soul to question them.

Salman also said that he is ready to quit his position if the politicians quit theirs. Spot on , bhai! He said that this is not about money making but giving sports the platform that it needs which unfortunately our country cannot provide. He said :“ To begin with, my intention was that Olympics should get publicity, and everyone should know about it. We wanted, from our side (Being Human), to create cool, high-end sportswear for Indian sports persons. We were like, “Our players are going for the Olympics; let’s give them the best gear.” But then it didn’t happen.

Aww! We know that our bhai is a total sweetheart and is involved in so many social causes. May this matter get resolves as well.[/tps_footer]