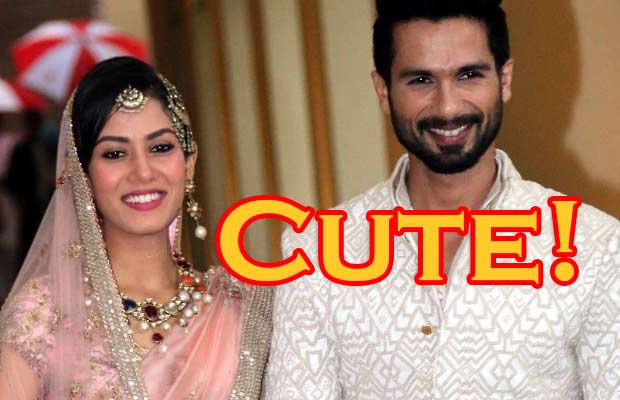 [tps_footer]Our heartthrob Shahid Kapoor recently got hitched to the lovely Mira Rajput last July in a grand ceremony. It was an arranged marriage which was no less than a beautiful fairytale with the union of two lovers. Shahid, who will next be seen in the much awaited Udta Punjab has revealed an interesting incident from his dating days.

Apparently, thanks to his Udta Punjab shoot, Shahid was sporting a unique hairstyle when he met Mira for the first time. He said to a daily, “Coming back to my hair, the only condition she laid down for me was that when we get married, I will not have coloured hair. She made me promise that when we marry I would sport my normal hair colour. She warned me not wear my hair red on our marriage day. When I married her a month later, I made sure I behaved myself and looked like a decent groom.”

Aww, much like the adorable Mira, so is her reason.

Udta Punjab, a movie has already garnered a lot of attention due to its censor board ban and then the ban lift which is starring Kareena Kapoor Khan, Diljit Dosanjh, and Alia Bhatt is finally set to release on June 17th.[/tps_footer]