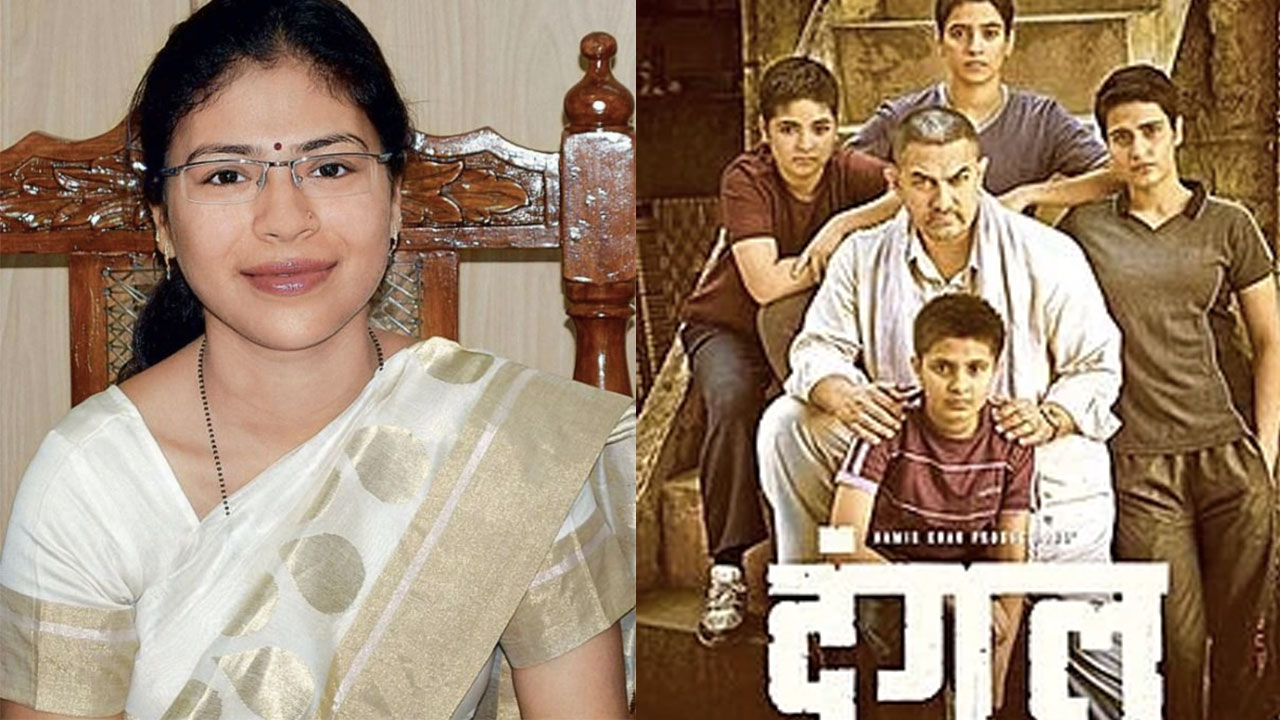 While the world finds all the inspiration in the iron lady who became a crusader, to fight the sand mining mafia across in the Northern part of the country, Durga Shakti Nagpal went on record to tell us where she found her inspiration from and guess what, it is from the inspirational and revolutionary storyline of Aamir Khan starrer, Dangal.

Durga Shakti Nagpal while talking to a gathering shares how the movie, Dangal inspired her and what made her define ‘dreams’ with the context of the story that emerged as a hit- amongst the audience for striking the right chords as well as at the box office. She shares, “We all know that Dangal is based on the real-life story of wrestler Mahavir Singh Phogat. Mahavir Singh in spite of being a very good wrestler, unfortunately, didn’t get a gold medal for the nation. Moreso, because he doesn’t have a son who can fulfil his dream. Then one day, his neighbours complained to him that his daughters have beaten his son black and blue and Mahavir Singh sees a golden opportunity, the rest is history. This nation has one of the best women wrestlers today. What I am trying to say is that if we all get one lifetime, which I hope you all believe in then why not live it to the brim, to the utmost potential. So live, as if you will live forever and dream as if you will dream forever.”

Carrying the baton for the right bureaucracy on all levels with the most ambitious and successful journey, Durga is an Indian bureaucrat, civil servant and officer in the Uttar Pradesh cadre of the Indian Administrative Service. She is posted as OSD (Officer on Special Duty) to the Union Agriculture and Farmers Welfare Minister of India. Fighting her constant battle, Durga came into public view after launching a massive drive against corruption and illegal sand mining.

Bringing all the inspiration and giving a new definition to equality across genders and opportunities, the film Dangal stars Aamir Khan as Mahavir Singh Phogat, a man who taught wrestling to his daughters Geeta Phogat and Babita Kumari beginning at an early age. With Durga sharing her stories with us, we surely are more inspired to take on the world- one movie, one dream and one fight, at a time!