Suhana Khan looks beautiful in this new viral photo all over social media.

Shah Rukh Khan is known to make heads turn with his looks and style. And now it looks like his daughter Suhana Khan is doing the same.

Suhana Khan recently shared a picture on her public Instagram account which has become viral. The teen looks fresh and beautiful in the natural sunlight. Snapped in a park of sorts, Suhana is looking at the camera and smiling shyly. She looks stunning with no makeup and long hair lying over her shoulders.

You are my favorite Hello and my Hardest Goodbye ❤??

The young teenager easily pulls off the simple yet graceful look with less to no makeup and flawless skin. Suhana Khan has all grown up and looks like a million bucks without any extra help.

Love ur self first and then u’ll find someone who will love you ???

Suhana is known to be a daddy’s girl. She stunned us all with her amazing figure in the orange bandage dress with father Shah Rukh Khan.Her mother Gauri Khan had shared the picture of the father daughter duo at her restaurant’s launch party. 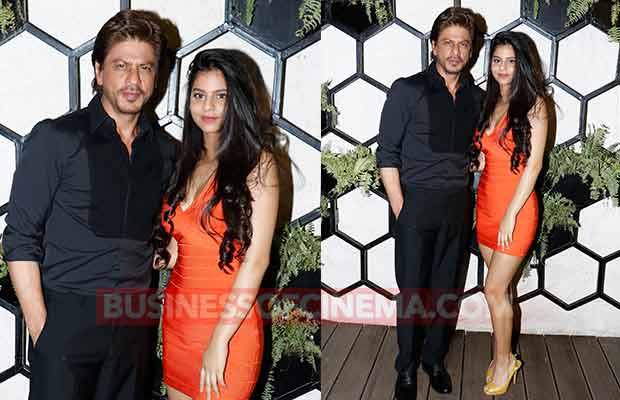 The 17-year old girl has blossomed beautifully over the years. We have seen her right from the start to now. She has completed her studies and will most likely join an acting school in London.

Veteran actress and social activist Shabana Azmi has also shown her support in Suhana’s film career. She had tweeted,” @iamsrk Mark my words #Suhanakhan is going to be a seriously good actor.I’ve watched a short clip of her acting and it was terrific. Bless her”

@iamsrk Mark my words #Suhanakhan is going to be a seriously good actor.Ive watched a short clip of her acting and it was terrific.Bless her https://t.co/bdqYrEM8S7

Shah Rukh Khan has admitted that he wants his children to do whatever they want in their future. The ‘Jab Harry Met Sejal’ actor says that he will accept his kids in whatever they decide to do as long as they do the right thing. Suhana has previously acted in plays and we can’t wait to see when Suhana Khan will make her Bollywood debut.