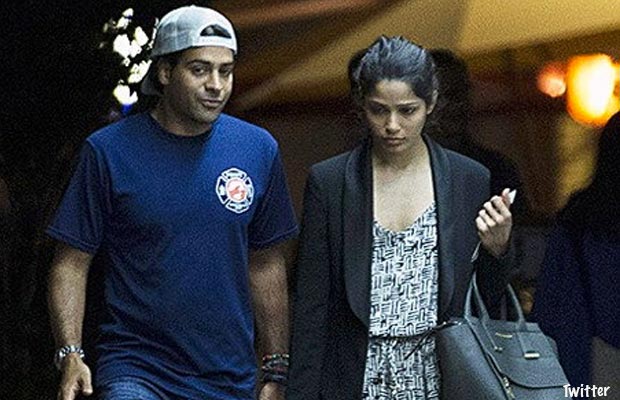 The actress, who celebrated her birthday on October 18 at Vancouver, was seen having a romantic time with Ronnie Barcardi assuming her boyfriend. The actress was seen sharing closeness with him by hugging and lip-locking each other. She was also seen holding him tight around the waist while walking on the streets.

The romance between the two was seen high in the public area. Ronnie also shared a picture of his girlfriend on her birthday a caption, “Ughh horrible view… Morning meets birthday girl…”

Also Read: When A Doctor Was Called For Ranveer Singh On The Sets Of Bajirao Mastani

Talking about her past relationship with Dev Patel, both these actors rose to fame with their Oscar winning movie and they parted their ways after 6 years in December 2014. Freida Pinto and Dev Patel met on the sets of the movie ‘Slumdog Millionaire’ and since then they were in love and relationship but the duo ended up last year.

Freida Pinto who always makes headlines for her past relationships, was also in news for her pole dance with Siddharth Mallya last year. Due to this, rumour mills were doing the rounds that Sidhartha Mallya and Frieda Pinto were in a relationship or getting close. However, the actress slammed the media by trashing all the rumours, saying that it was just a fun-filled night with friends.