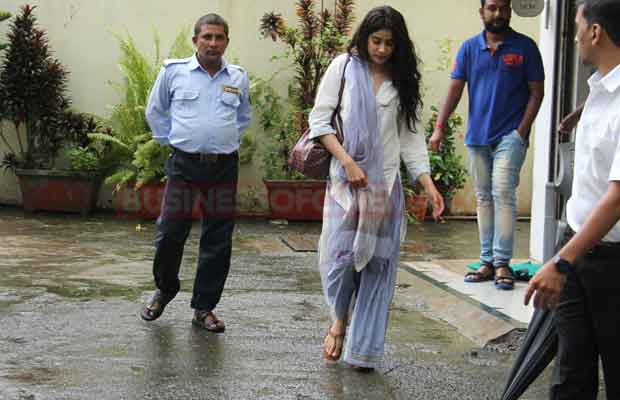 Usually spotted in western wears, this time Jhanvi Kapoor looked different as she was seen in a traditional avatar!

While the debate of Nepotism still continues in the Bollywood film industry, there are many star kids set to make their debuts. Saif Ali Khan and Amrita Singh’s daughter Sara Ali Khan, Shahid Kapoor’s younger brother Ishaan Khattar, Ranbir Kapoor’s cousin Aadar Jain are only to name a few.

Among all those, another star kid is Jhanvi Kapoor who is all set to make her debut in the industry. The young lady is the daughter of actress Sridevi and producer Boney Kapoor.

She has been in news for quite a while now. Whether it is making any appearance at an event or just getting snapped in town, she is always at her stylish best.

She has been recently spotted coming out of her dance practice sessions. And, as usual, the young lady was looking stunning. She was seen wearing a white and light purple salwar-suit, with her hair left open. Usually spotted in western wears, this time Jhanvi looked different as she was seen in a traditional avatar.

If the reports are to be believed, then she is very soon going to make her Bollywood debut. It might be the official remake of ‘Sairat’ or with the sequel of ‘Student Of The Year’. It is also said that she will be starring opposite Shahid Kapoor’s younger brother Ishaan Khattar. But nothing has been made official yet!

Earlier talking about Jhanvi’s career and her marriage, her mom Sridevi had said, ”She wanted to do the film and initially, I wasn’t in favour. I don’t think it’s a bad industry. I am a creation of this world. But as a parent, it would give me greater joy to see her married. But her happiness matters more, and if she does well as an actress, I will be a proud mother.” 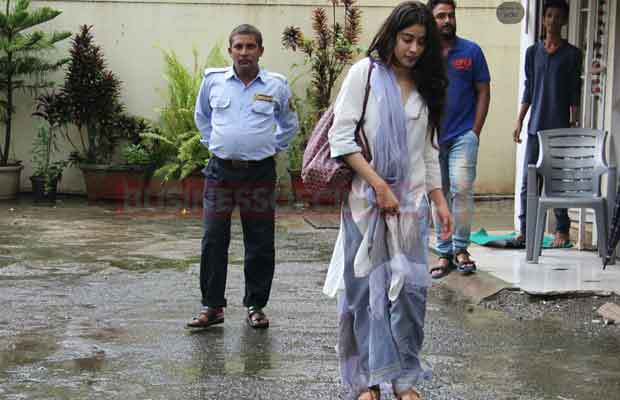