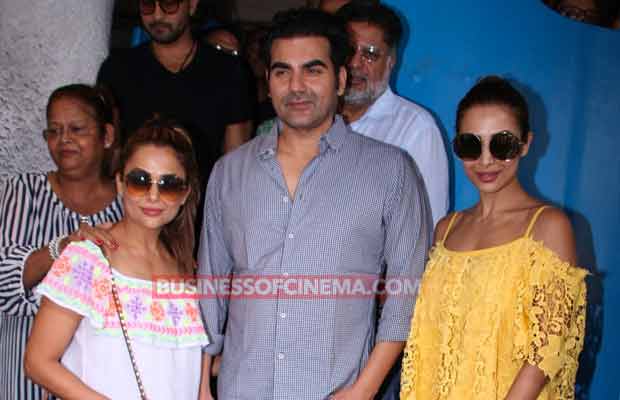 Post divorce and break ups, ex-couples are always in a dilemma to stay friends or not. Well, is it really difficult to remain cordial with your ex? Bollywood ex-couples Hrithik Roshan-Sussanne Khan and Arbaaz Khan-Malaika Arora surely believe in ‘let’s be friends’ notion and we think, they are sending out the right message. Yesterday, recently divorced estranged couple, Malaika and Arbaaz Khan were spotted spending time together with family.

Ever since they officially got divorced, Malaika and Arbaaz Khan have been spotted together many times. The two are being an integral part of each other’s family and moreover, Malaika and Arbaaz are seen together for their son Arhaan. Malaika shared a family picture from their Sunday outing and wrote, “Sundays r family days”

Well, Malaika Arora and Arbaaz Khan prove that divorces not only lead to a sour ending, but there is more positive to it.

Earlier this year, Arbaaz opened up in an interview with a leading daily and said that there was no chance of them getting back together.  He said, “I guess if that was to happen it would have happened in the first six months, or one year. It didn’t and it’s been almost three years now.”