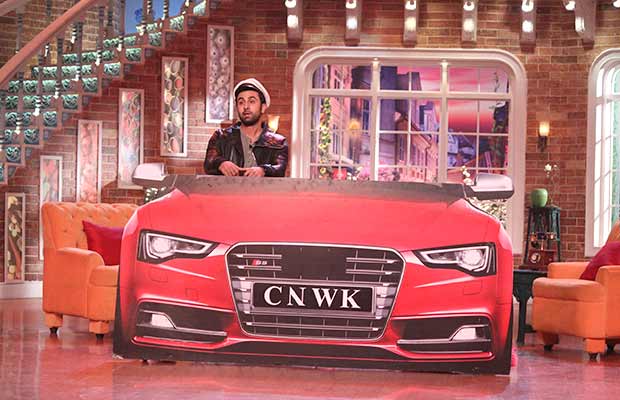 [tps_footer]Comedy Nights with Kapil this week will add a touch of ‘Tamasha’ to its stage as Bollywood stars Ranbir Kapoor and Deepika Padukone visit the show! Right from the get go, the humour quotient will be at an all-time high and romance will be in the air as the set design will create the perfect Romeo-Juliet backdrop.

And the fun will kick off right away! As Palak takes on the garb of Juliet and Suresh Menon becomes her Romeo, Deepika will be seen tutoring the rotund Juliet on how to grab Romeo’s attention. And while Palak-Juliet is vying for affection, Ranbir will be seen giving Romeo tips on how to win over her heart! But when it becomes evident that Palak-Juliet and her Romeo can’t seem to get it right, Ranbir and Deepika show them how it’s done! The actors will take centrestage as they showcase true passion by recreating a proposal scene from the upcoming film.

With entertainment at the core of the episode, Ranbir will be seen generating many smiles and laughs with his antics and even collecting money from the audience…in true Tamasha style! But when Ranbir was asked which of the two superstars is more ‘Tamashebaaz’, Ranbir is quick to point fingers at Deepika while saying, “Sabko lagtahai yeh bahut shareef hai, par isske andar cheapness chhupi hui hai!”

But romance will remain the underlying sentiment of the evening as Kapil will take jibes at the Kapoor khandaan’sabilities to leave girls weak in their knees. When asked about the secret to this unique ability, Ranbir Kapoor says,“Yeh hamare khoon me hai. Hamare yahan jab ladka paida hota hai to kehte hai… mubarak ho romanticladka paida hua hai!” And what a skill this will prove to be! Kapil will try to tap on Ranbir’s genetic expertise for some tips on how to impress Deepika. And as Ranbir’s tutorials begin, he will be seen donning multiple characters including an ice-cream seller in Dev Anand‘s style, a driver and a watchman while sharing some tricks of the trade!

From Ranbir and Gutthi’s hilarious suhaag raat celebration to Dadi burning the dance floor with her ‘laavni’ performance, Comedy Nights With Kapil will surely be a ‘Tamasha’ filled episode! 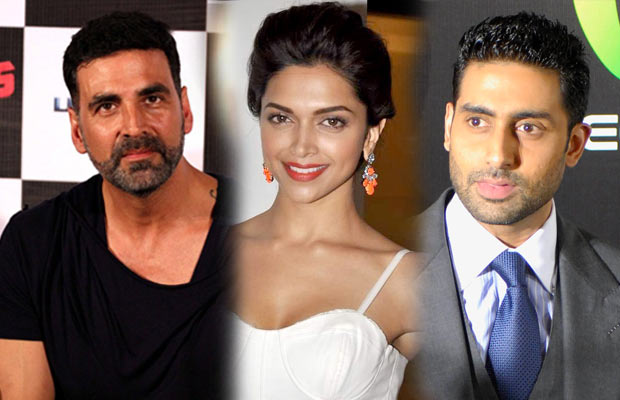