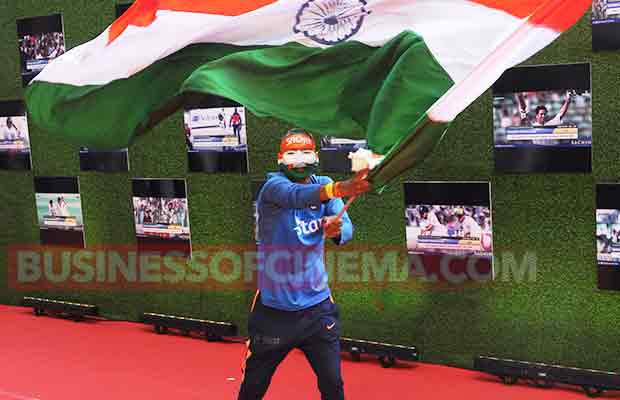 Sachin Tendulkar has a fan base all over the world, yet when you talk about Sachin’s fans the first name that pops up in everyone’s head is Sudhir Kumar Chaudhary.

Sudhir Kumar Chaudhary is a name renowned within the cricket fanatics, as he has not missed a single home match that Indian team has played since 2003. He also attended some overseas tours by receiving funds from cricket lovers. One might remember him as the one with his body painted in the national colors of India, waving the national flag in the live telecast of the matches.
A stadium like a scenario was seen at the special screening of Sachin: A Billion Dreams as Sudhir Kumar waved the national flag with his body painted in tricolour. The screening was specially organised for the cricket fraternity.
Click Here For All Latest Bollywood News
Sachin Tendulkar is the God for people who have accepted cricket as their religion. When the news of a movie being filmed on the life events of Sachin broke out, it was natural to generate ecstasy among the fans.
Sudhir represents the Billions of Sachin fans, and his excitement for the film is the proof of elation among the audiences. With only 2 days left for the release, excitement of the audience has reached its peak.
Sachin: A Billion Dreams, written and directed by James Erskine and produced by Ravi Bhagchandka and Carnival Motion Pictures under 200 NotOut Productions is scheduled to be released on 26 May 2017. 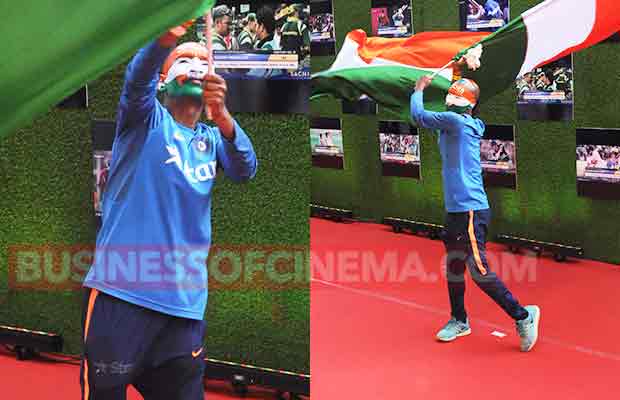