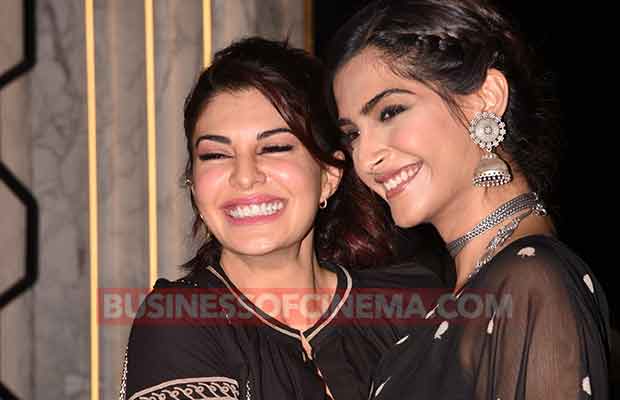 Bollywood actresses Jacqueline Fernandez and Sonam Kapoor break the myth that two actresses can never be friends. These best friends chill out in style often and their recent appearance was at Shah Rukh Khan’s wife Gauri Khan’s bash. Gauri Khan invited who’s who of B-town at the launch of a restaurant that has been designed by her in Bandra, Mumbai. SRK’s daughter Suhana truly stole the show like her boss in her stunning appearance.

On the other hand, BFFs Sonam Kapoor and Jacqueline Fernandez also grabbed the attention. Their friendship surpasses all amidst the B-Town rat race and we just can’t get over their bonding. One can see in the photos, the two are talking about something and we are curious to know about that and also who the third person on the phone is that Jacqueline is impatient to talk with. Any guesses? Look at the way they are twinning in all black.

Well, their fans would love to see the two BFFs on screen. But for now, the two are busy with their respective projects. Jacqueline has Judwaa 2, and a couple of more in her kitty, while Sonam is busy with Padman with Akshay Kumar and sister Rhea Kapoor’s production film Veere Di Wedding. 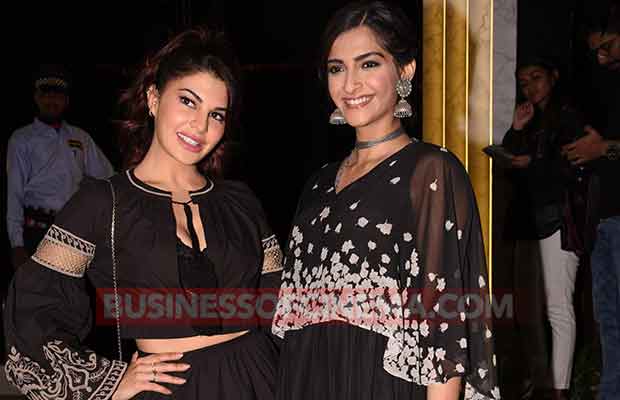