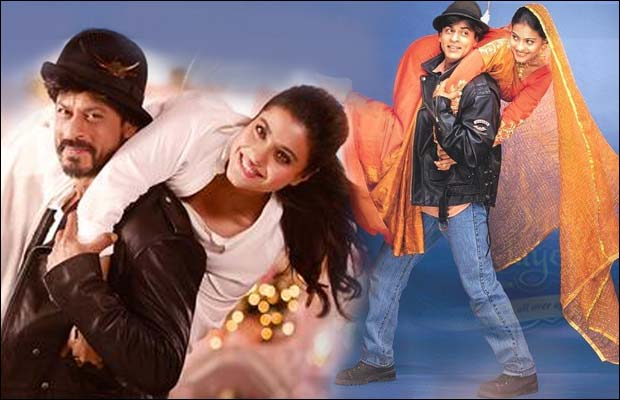 Bollywood’s most loved film ‘Dilwale Dulhaniya Le Jayenge’ which starred Kajol and Shah Rukh Khan in the lead roles has completed 20 years today on October 20. It’s time to relive and create the same magic once again with the treasured memories of director Aditya and Yash Chopra.

20 years now and the film is still ruling the hearts of the audiences with Shah Rukh Khan and Kajol’s magic. The super romantic film will never be forgotten and even after watching thousand times, we are sure nobody can get over the lovely film.

Cherishing the old good memories of DDLJ, Shah Rukh Khan took to his twitter handle to share the same recreated image of him with Kajol. He tweeted a picture with a caption, “Want to thk Team Rohit Shetty & Red Chillies for doing this last minute.All looked happy that I picked Kajol again.” 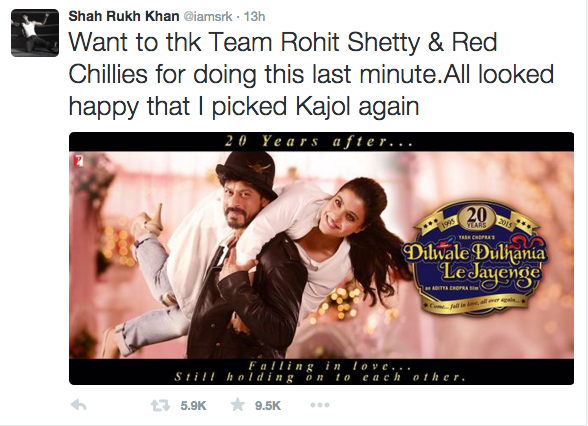 The matter of fact, that the Bollywood lovers will get to see SRK and Kajol once again on the silver screen in the romantic flick ‘Dilwale’, directed by Rohit Shetty. This season is all set to create some heat waves with the one of the best on screen jodi showing off their talents after a long gap on the big screens.

Both bundles of talents are promising to give their best performances in their much-anticipated film ‘Dilwale’. This comeback being the most unpredictable of all the gambles is bound to give the audience many thrills and shouts.

Directed by Rohit Shetty produced by Red Chillies, the film is set to release during Christmas on December 18. Said to be a very unique and different movie of all time by director Rohit shetty with most favourite jodi of Bollywood, Kajol and Shah Rukh Khan. The star cast also includes Varun Dhawan, Kriti Sanon, Varun Sharma, Sanjay Mishra, and Johnny Lever amongst others. 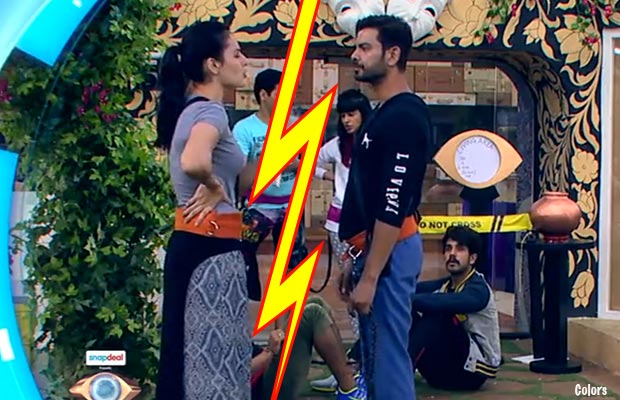