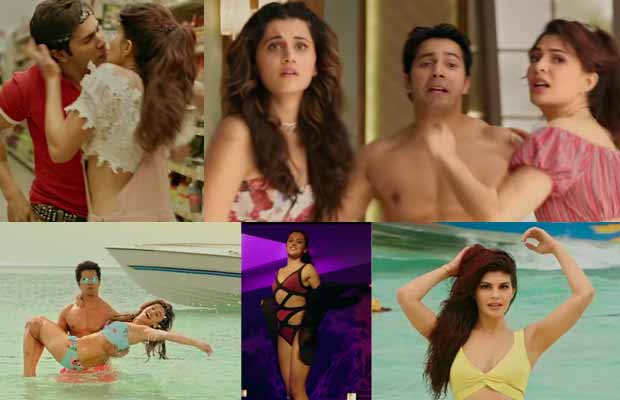 ‘Judwaa 2’ is one such film we have all been eagerly waiting for. The Sajid Nadiadwala film directed by David Dhawan stars Varun Dhawan, Jacqueline Fernandez, and Tapsee Pannu in the lead roles. The trailer of the film was released recently and has left the audience in splits.

The film will be the second installment of the ‘Judwaa’ franchise after the blockbuster hit ‘Judwaa’ which took the audience on a laughter ride in 1997. The Salman Khan starrer received immense love and appreciation by everyone. Salman Khan’s portrayal as Prem and Raja won accolades and is closely etched in our minds and hearts even today.There was been huge anticipation for the film and the trailer has just raised the excitement even more.

Here are 5 Reasons that make ‘Judwaa 2’ a must watch! 1. Double Dose of Entertainment
‘Judwaa 2’ features Varun Dhawan in a double role, one as the tapori Raja and the other as the geeky Prem. The trailer tickled our funny bones with the perfectly timed jokes and promises a complete laughter riot. The dual portrayal of Varun Dhawan has got everyone talking raising the anticipation for the film.