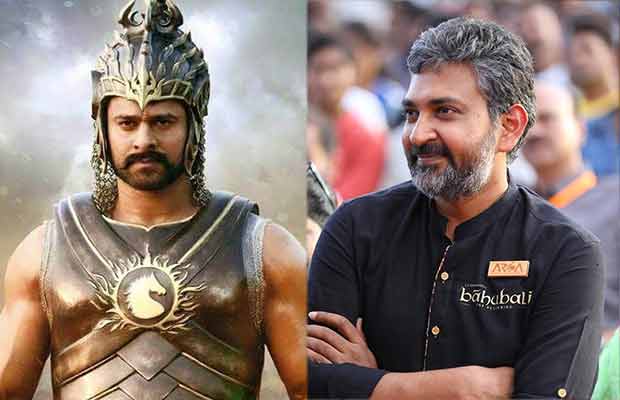 Prabhas has become a national phenomenon after Baahubali 2 : The Conclusion shattering all records after its release on April 28. His hard work of four years has finally paid off and it sure is difficult for any actor to be devoted to one film for so many years without signing any other movie or endorsement deal!

So, it was understood that he would be paid well for this historic magnum opus which has put the Baahubali franchise on the international map. According to reports, he has been paid Rs 25 crore while Rana Dagubatti who played the antagonist Bhallaladeva was paid Rs 15 crore. Well, while the numbers look huge, they are less than what this person associated with Baahubali 2 was paid. It is interesting to note that Prabhas was PENNILESS while shooting for the movie has despite having producers line up for work, he could not choose any of the deals.

SS Rajamouli had told express, “Prabhas had three consecutive hits and producers kept running after him with money but he only focused on Baahubali. He instructed his manager not to demand anything from producers and take anything they give. There was a time when he was stressed for money. Producers flooded his house with offers, cash and cheques and sometimes even without asking anything in return. He got scared, called me up and asked what should he do. I told him to get an affidavit done with a statement that this money does not have to do anything with your work. But he denied saying how will he give back this large amount of money if the people ever come back. He had the offer to do an advertisement worth Rs 10 crore. But he refused that too. Prabhas does not know how to lie but he would not even hurt your sentiments for no reason. He does not like to see people hurt”

But despite all this, Prabhas is not the highest paid artiste. According to a report in Times Now, SS Rajamouli who helmed the movie got about Rs 28 crores for envisioning the entire thing and also a share from the total profits! Whoa, that’s beyond huge. Don’t you think?

The movie has already made more than Rs 1000 crore and is still breaking the national and international box office. Well, we are not at all surprised with this news and the director SS Rajamouli sure deserves every bit of it as both Baahubali 1 and 2 has set a benchmark in the film industry and will be celebrated for years for to come!

Katappa AKA Sathyaraj was paid Rs 2 crore, Ramya Krishnan who played the role of fierce Sivagami, was paid only Rs 2.5 crore while Tammanah Bhatia and Anushka Shetty were paid Rs 5 crore each.