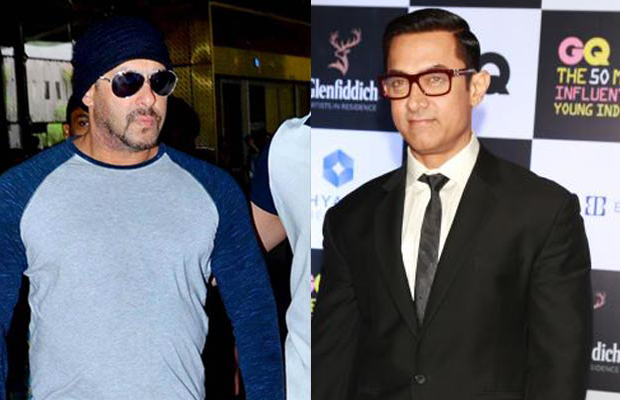 [tps_footer]Aamir Khan is currently gearing for his upcoming release ‘Dangal’ in which he will be seen essaying the role of a wrestler. Aamir who had beefed up for his role is seen undergoing a major transformation, as he has shed all that extra kilos and has come back to his young look.

At the GQ India event, Aamir Khan was looking really cool in a black tuxedo and spectacles.

Aamir Khan was asked to comment on how he would deal with controversies. The actor who has faced quite a few controversies in his life himself, said, that he has got used to it, and said that over some time, one has to figure out how to deal with it. He further said that whenever media writes a fictitious story, he completely chooses to ignore it. In the same breath, he also said that he doesn’t deny it because then it means he has acknowledged that story.

He further said that he doesn’t even bother to deny it, he just ignores it completely, because he knows it’s fiction.

He concluded saying that media has become so fast on news and statements, that after two days stories get old. If there’s a controversy and you decide to defend it, then you are only adding fuel to the fire. So, unless it is really important for him (Aamir) to put up his point across, he would really stay away from it.

Well so much has Aamir Khan spoken, is it an indirect message for Salman Khan over his ‘Raped Woman’ comment? Salman are you listening? [/tps_footer]