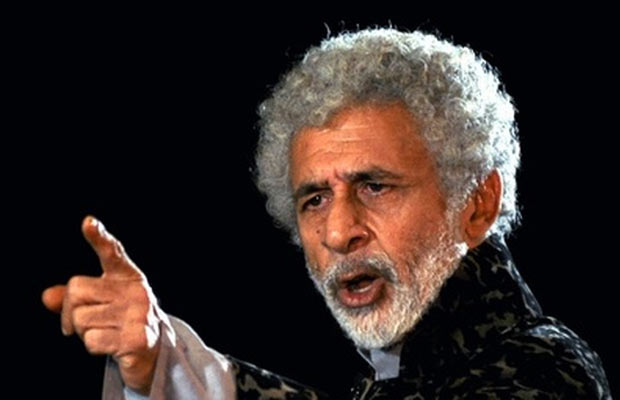 Naseeruddin Shah is one of the finest actors of Bollywood and he has possibly done all kind of roles. He started his career in 1975 with the film Nishant. He has done critical as well as commercial films and has done everything in cinema. Not only cinema, he has been doing theatres for years now.

Being a senior actor he has seen acting schools flourishing in the country but according to him, acting school are a scam in India. He is just thoroughly against the state of acting schools in India. In an interview with a leading daily he was quoted saying that, there are no acting schools in India and all the teachers are fraud and sham. No one knows how to teach and have just opened an institution. He further added, that they are just fooling kids and he has no hesitation in saying this.
The 66-year-old actor further stated that there is no professional acting academy in the country considering how old the acting industry is. In fact, the actor has done an acting course from National School of Drama. He said that it is not necessary to learn acting. If you have that passion and knack of acting it will automatically come to you. He added, Amitabh Bachchan, Dilip Kumar and Kamal Haasan have never been to acting schools and yet they are brilliant actors.
When asked about him attending an acting school he said, He was exposed to many things and my perspective and horizon widened. He was exposed to things, he never knew about. But in his consideration, if you that passion you can do it.
Well said, sir. What do you think about the acting  schools in India? Tell us in the comments below.