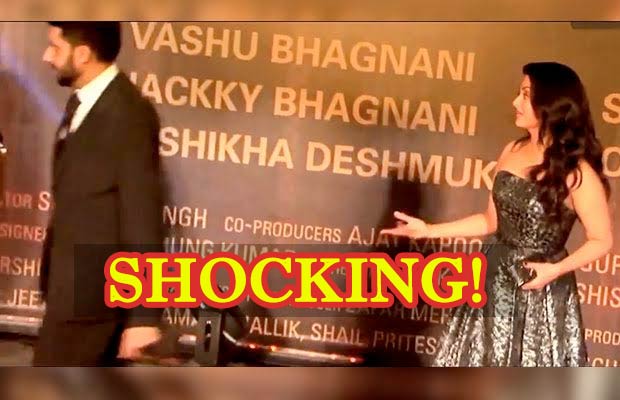 [tps_footer]Abhishek Bachchan and Aishwarya Rai Bachchan were recently in the media glare for their split. The two celebs who never talk about their personal lives were under the lens radar for their speculated separation. It was said that things are not going well between the two actors. Abhishek and Aishwarya’s duo is always termed as the most balanced one and Junior Bachchan has finally shed a light on these rumors.

Recently during the event of the film ‘Sarbjit’, Abhishek and Aishwarya both were present. The two happily posed together for the shutterbugs until reports about Abhishek avoiding Aishwarya came about. It was reported that the Housefull 3 actor openly went away from Aishwarya Rai and did not pose with her too.

After all the wagging tongues, Abhishek Bachchan has finally revealed the truth as to what exactly happened. The actor confessed that he did not walk out during the ‘Sarbjit’ event and instead he told the photographers to click Aishwarya Rai Bachchan solo who was starring in the film.

The Guru actor revealed further that he is not affected by the rumor stories anymore. He added that he has now known how far to take the media seriously. The intense star who is humble to the core also stated that he will not allow any third party to dictate about his and Aishwarya’s relationship.

On the work front, Abhishek is rejoicing the success of ‘Housefull 3′.[/tps_footer]