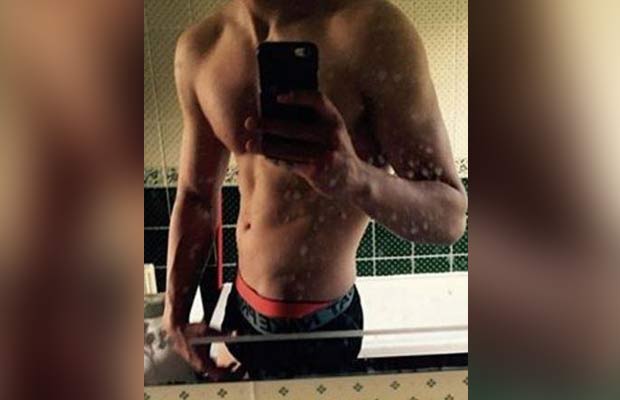 [tps_footer]Bollywood superstar Shah Rukh Khan is undoubtedly the king of Bollywood, but his son Aryan Khan is also nowhere behind to be like his super cool daddy. Like always, Aryan has left everyone stunned with his recent update on social media. The handsome teenager, who is pursuing his studies at the Seven Oaks School in London, shared a drool-worthy bare body picture of him.

The popular star kid shared a chiseled body and abs flaunting photo of him on his social networking sites. Looking at the hot picture, it seems Aryan Khan is as fitness freak as his super cool dad Shah Rukh Khan. Isn’t that so hot?

Well, it is always in the limelight when star kids hang out together and the pictures always find their ways on to the social networking sites. It seems this star kid is ready to take on the silver screen now. In fact, recently, SRK had hinted on Aryan‘s Bollywood debut. During his promotional interview for film Fan, SRK said that if his son is being launched someday, he might tell him what’s right and what’s wrong, as he does not want his son to face what he had done initially.

Well, the handsome boy has a huge fan following on social media and with this we are eagerly waiting to see him making his Bollywood debut.