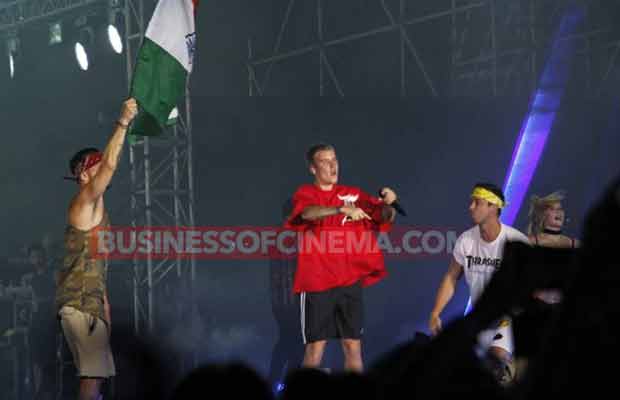 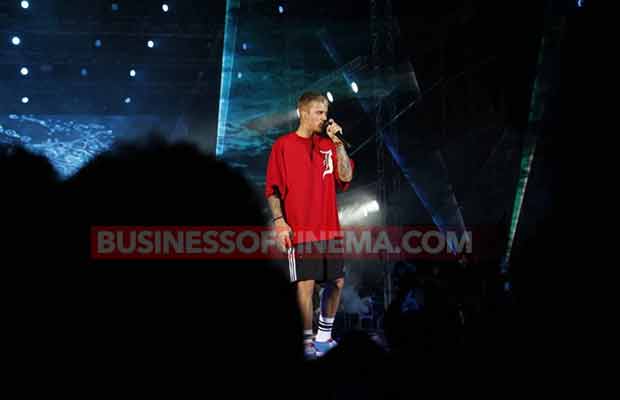 Justin Bieber fans could not hold their excitement and emotions after the pop singer took the stage at D.Y Patil Stadium last night. After waiting hours and hours in queues since morning, Justin fans finally relished his performance from 8 PM onwards yesterday. The crowd went nuts and was constantly sharing pictures and videos on social media. However, the concert had left many disappointed and moreover, because they paid hefty sum to purchase a single ticket for Justin Bieber’s concert that took place last night in Navi Mumbai.

Fans were disappointed, but why?

Apparently, Justin was lip-syncing to his popular songs. Fans were also shocked to see Justin spitting out gum mid-gig. Well, twitter users did not spare him and criticized the Canadian pop singer with some hard words.

Those who relished the performance included many Bollywood and television actors including Alia Bhatt, Malaika Arora, Jacqueline Fernandez, Arbaaz Khan, Arjun Rampal, and Arjun Bijlani among others.

And ever since the pop sensation bid adieu to his Indian fans with his final words being, “Thank you India, you’ve been great, I would like to come again,” these stars have been constantly sharing several pictures and their feelings about attending the much-awaited concert on their social media account.

But not all left the venue with all praises for the concert. There were some who found it complete ‘waste of time’. Surprised?

We too were as we read the tweet of Bollywood beauty Sonali Bendre who attended the Justin Bieber show with her kids.

Sonali Bendre was not the only Bollywood star who returned disappointed from Bieber’s show. Joining her were actors and couple Bipasha Basu and Karan Singh Grover, Arjun Rampal among others. The couple left the venue within five minutes of arriving. While leaving, Bipasha told the media that she never expected such a huge crowd at the venue and she didn’t come along with her bodyguards. “We didn’t get security with us and it is too crowded so we are leaving,” said Bipasha as she left with Karan.

After they left the concert venue, Bipasha and Karan headed for a dinner together. Sharing the picture from last night on her Instagram, Bipasha wrote, “So what we could not enjoy at the concert… still it’s always fun with you my love. Thank you.”

So what we could not enjoy at the concert… still it’s always fun with you my love. Thank you ?

But after returning from the concert without listening to Bieber, Bipasha in her another post wrote,

All dressed up for nothing? Ha ha ha!

“All dressed up for nothing Ha ha ha!”