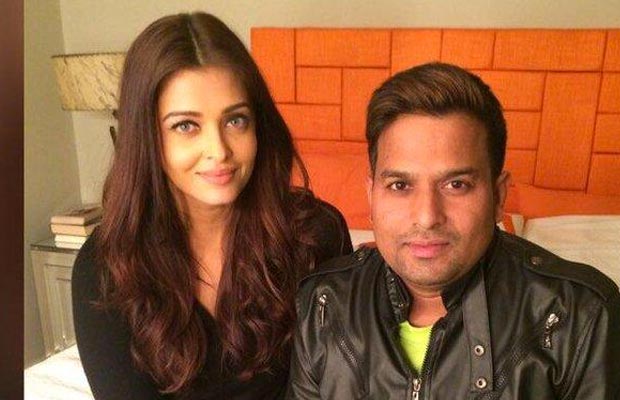 The truly hyped and highly anticipated movie by Karan Johar’s “ae Dil Hai Mushkil’ is quite much in news recently, We have already informed the audience about the wonderful cast and crew of the movie which includes big names like Aishwarya Rai Bachchan, Ranbir Kapoor and Anushka Sharma.

Up until recently we were only able to catch a glimpse of Ranbir and Anushka while they were shooting under high security in London but it was a real treat to get a sneak peek into the looks of Aishwarya Rai Bachchan. The 42 year old diva has just made her come back at the silver screen with Sanjay Gupta’s ‘Jazbaa’ and now she is all set and ready with her hot and charming avatar in ADHM.

We loved the whole simple and elegant look of the blue eyed diva. The rolled up sleeves shirt, the ripped jeans and the no make-up natural look certainly suited her personality. It is rumored that Ash will play a very important role in the movie but the plot is still under wraps. The look of Mrs. Bachchan and all the rumors doing rounds about the story has created quite a buzz regarding ADHM.

The last we heard it was a confirmed news which stated that Shammi Kapoor’s magic which we all remember and love in ‘An Evening in Paris’, where he danced in the picturesque locations of Paris with many firang girls will repeat itself and we will have his nephew Ranbir Kapoor try to impersonate the song at the same location with Anushka Sharma for Karan Johar’s ‘Ae Dil Hai Mushkil’.

well we are loving the movie, the stars and their looks from what little we have discovered, stay tuned for more updates soon.