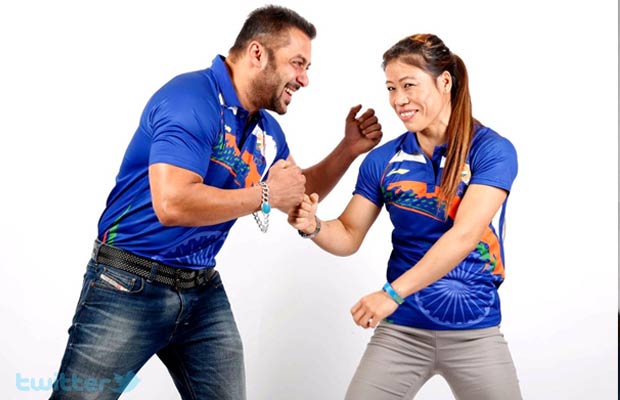 Salman Khan garnered varied opinions after he was announced as the brand ambassador for the Rio Olympics. The superstar not only won applauds but also had to bear some critics for his appointment. Many sportspersons claimed that Salman was not the right face for the Olympics. Referring to the same, a petition to remove Salman Khan from being the brand ambassador has also started.

Well, the person who started the petition shares the same name as that of starlet Aishwarya Rai Bachchan. The shocking coincidence surely stunned everyone at the first glance.

The petition posted describes various reasons why Salman Khan is not apt for being the face of Olympics. The petition states, “Appointing Bollywood actor Salman Khan as a goodwill ambassador for the 2016 Rio Olympics for the Indian contingent is a regressive move and reflects negatively on India.”

The reasons allege that the Bajrangi Bhaijaan actor has had a history of abusing women; he has been entangled in the issue of animal hunting, etc. The petition also reads about the hit and run case. Many users on the microblogging site Twitter also questioned Salman’s appointment as the brand ambassador but some also supported him.

Well, we are sure you need time to get over this coincidence, take your time!