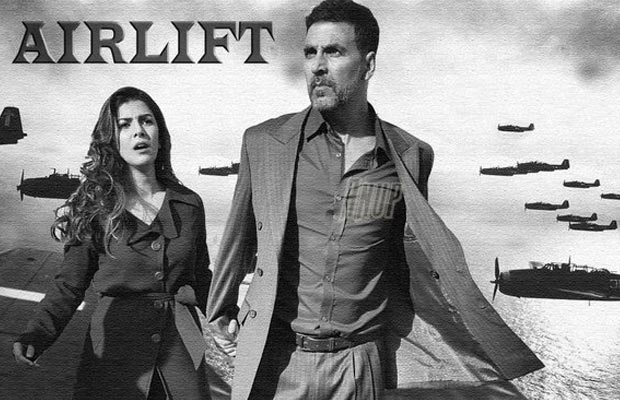 Bollywood actor Akshay Kumar is soon to come back with a new action movie, ‘Airlift’. The film stars Nimrat Kaur in the lead role too. The movie trailer is scheduled to release on Wednesday, 18th November 2015. The actors and makers have started a unique way to promote the film by posting pictures of the plot and the places ‘Airlift’ has been filmed. The film has been shot in Ras-Al-Khaimah and Rajasthan. Both Akshay and Nimrat have wrapped up their Jodhpur schedule for the movie.

Akshay Kumar took to twitter to share sneak peeks of his upcoming movie. He shared some important facts that took place in 1990s. The actor has already been teasing fans with his #rewindto1990 trend with posting events which took place then.

Also Read: Akshay Kumar And Tiger Shroff Show Off Their Love For Kudo 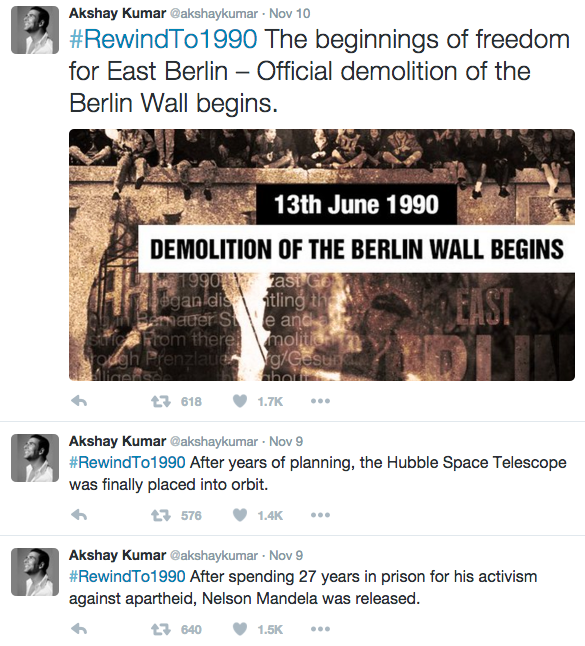 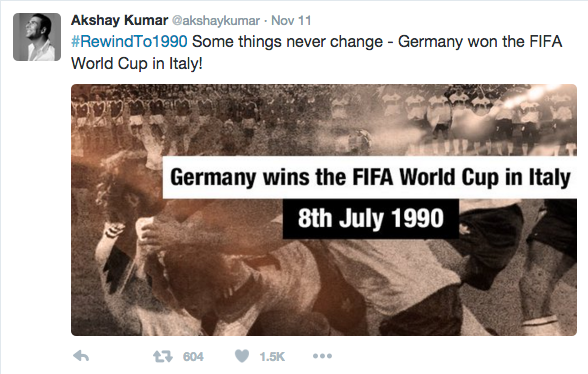 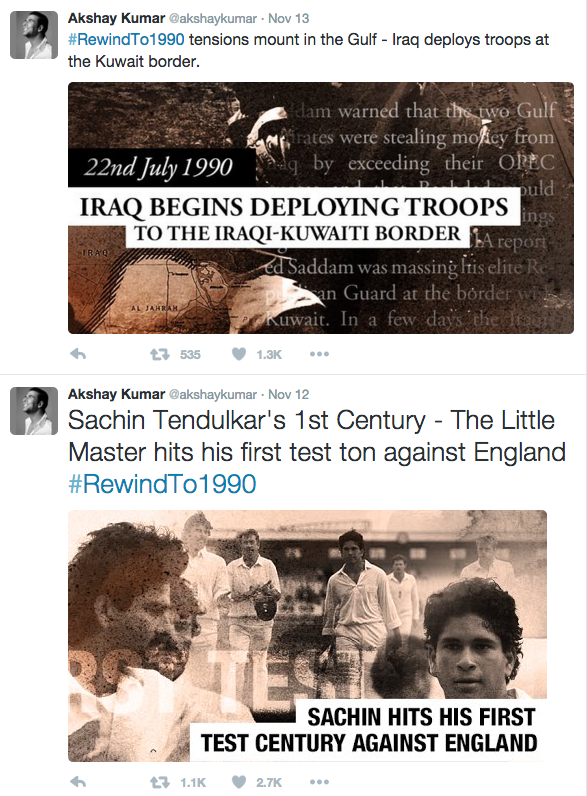 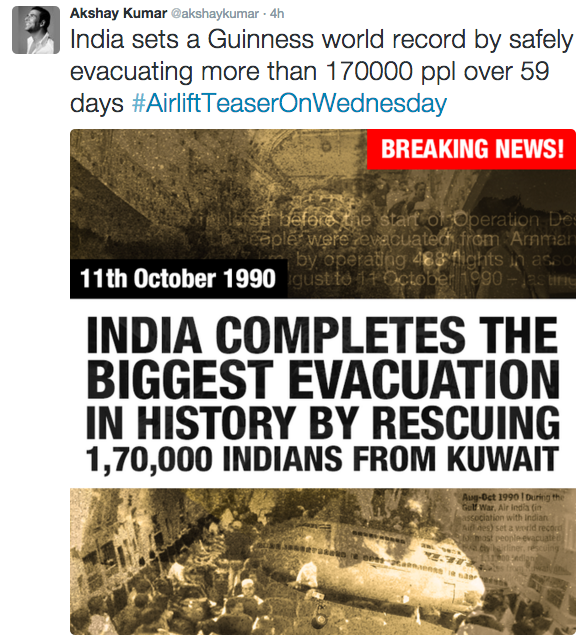 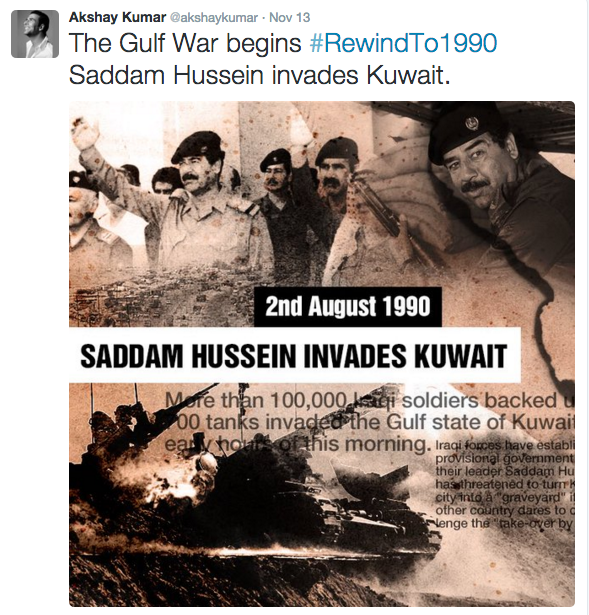 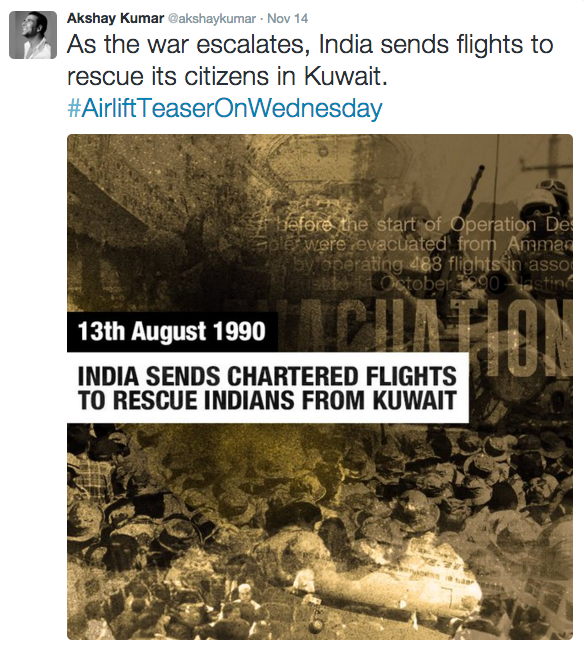 ‘Airlift’ is an edge-of-the-seat thriller based on a real incident, which occurred in Kuwait in the 1990s, during the time of Gulf War. An Indian businessman, Ranjit Katyal, helped in evacuating 1,70,000 Indians, safely, back to their home country at the time of Iraq-Kuwait war. Starring Nimrat Kaur and Purab Kohli, ‘Airlift’ will hit the theatres on 22 January, 2016 in international markets. ‘Airlift’ is one of Akshay Kumar’s many off-beat films such as ‘Special 26’, ‘Baby’, and ‘Holiday’ which has not only been commercially successful but also garnered rave reviews and positive reactions from the audience.