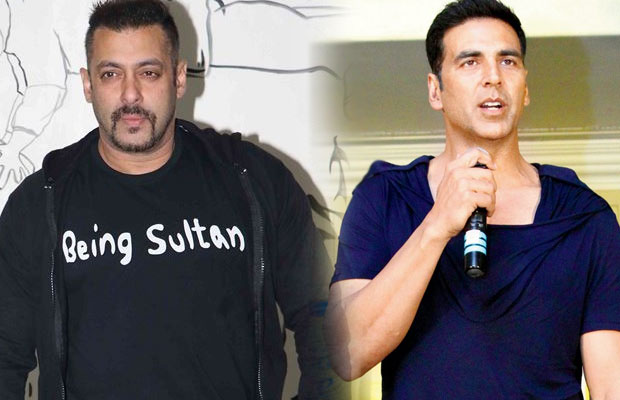 [tps_footer]Bollywood actor Salman Khan had recently praised Akshay Kumar for doing back to back three films a year. Salman, who hardly praises anyone, had complimented Akshay for giving three hits in a year which is not an easy thing to do. Calling Akshay Kumar a real ‘Sultan’, Salman Khan was unstoppable while praising Khiladi actor.

Earlier today, at the mini press conference for his upcoming film Rustom, Akshay Kumar was asked to comment on the same. He reacted saying that he appreciates what Salman Khan said for him but he thinks another way.

“I think it’s his greatness that he said something like this. How large-hearted guy he is. I would not say this, see I did MMA in Brother but uski chal gayi and he is the real Sultan,” said Akshay Kumar.

Now that’s called brotherly bond between the two superstars of B-town and we love it!

On the work front,Akshay Kumar has geared up for the promotions of his upcoming film Rustom. The film is written by Vipul K Rawal and directed by Tinu Suresh Desai. It features Akshay Kumar and Ileana D’Cruz in the lead roles. It is inspired by the famous 1959 case of KM Nanavati.[/tps_footer]