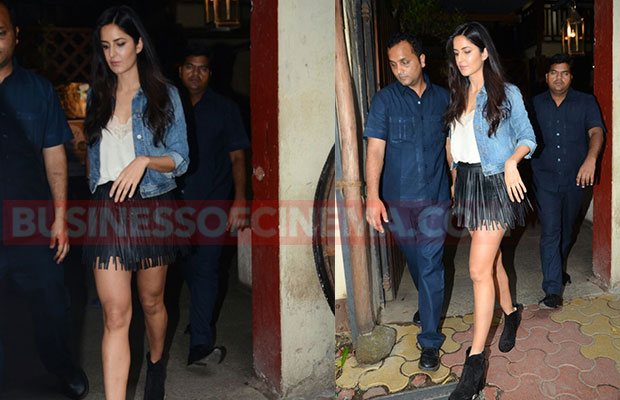 The incident took place when the actress was stepping out of choreographer Ganesh Acharya‘s studio after wrapping up her dance rehearsals for Dream Team Tour. Post rehearsals, Katrina Kaif stepped out to get into her car and that’s when media spotted her. As soon as photographers started clicking pictures, the actress lashed out at them for clicking without her permission. Apparently, the actress was also not well during her rehearsals and doctor was also called for the check up.

Well, Katrina Kaif’s spokesperson released the statement regarding the whole incident that was reported by the media and it’s totally another version of what was reported.

The statement reads as, “The entire episode has been inaccurately reported. Katrina didn’t get upset with the media waiting outside at all and infact greeted them. Her driver simply requested them to move so that they could exit the building as several of them were blocking the car“.

Well, this makes it clear that no such incident occurred. It was her driver who asked the media to leave the space as several people were blocking the car outside the gate of the building.

Recently, during her 33rd birthday, the actress welcomed the media persons cordially. She let the paparazzi click pictures of herself and the guests at the Juhu venue. Not only this, the actress also engaged in a very heartwarming deed. Katrina made sure that all the media persons were given water bottles and packets of food.[/tps_footer]