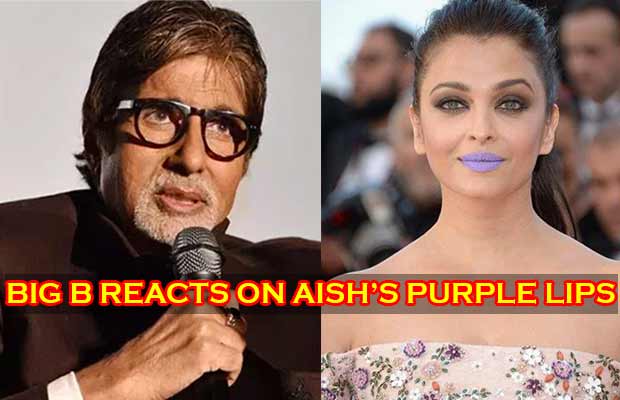 But this was not all, when the same question was asked to megastar Amitabh Bachchan who is also Aishwarya‘s father-in-law. When asked, What did you make of the fact that Aishwarya’s purple lips look from Cannes was trending on social media for days?  To which he replied, “No, I didn’t see it, but what is wrong with that? Social media gives someone the opportunity to express themselves. You’ve never had that opportunity before, you never knew what others were thinking about you, at least now you know. And the good part is, it lasts for a day or half-a-day; the next day, something else comes up. Things move so rapidly in today’s life that you don’t have time. One’s attention span is so limited and so small. Whether it is watching the news on TV, every two minutes you hear a bang in the middle of the most sincere news, purely because they don’t want you to get to your remote and change the channel. That’s how life has become. Social media gives everybody a voice, everybody an opportunity, everybody a democratic opportunity to express themselves. What’s wrong with that?”

Well  no one can answer such questions with grace like Mr. Bachchan does.[/tps_footer]