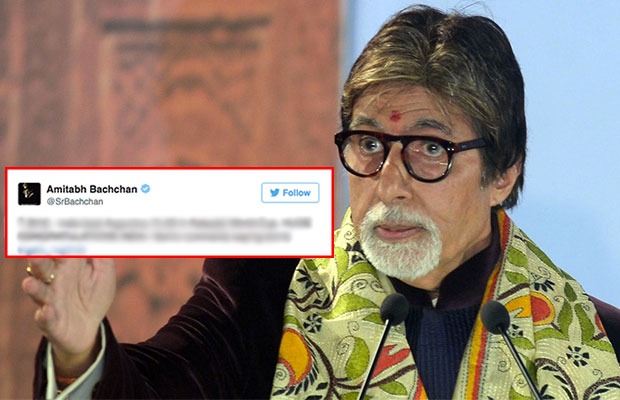 Amitabh Bachchan is quite vocal about his thoughts, be it on Twitter and his personal blog where he daily writes. He talks not only about his films but also about people, memories, or any new initiative or good campaign. The Piku actor also writes his views about India and his love for the nation. Hence, one bad word against India and he loses his cool.

A similar thing happened 2 days ago when India has recently beaten Argentina in Kabaddi World Cup. Big B updated about it on his Twitter and congratulated the team. However, the response later he got made him say, ‘Stop putting India down’.

CLICK NEXT TO KNOW HOW BIG B SLAMMED HATERS