Superstar Amitabh Bachchan congratulated Team Sarbjit just hours after news came out that the movie has made it to the Oscar list.

“And news comes in that film ‘SARBJIT’ has been selected for the OSCARS. Our wishes our support our love and our pride!!” tweeted the much respected Amitabh Bachchan.

Omung Kumar’s Sarbjit that stars Aishwarya Rai and Randeep Hooda has made it to the long list of feature films eligible for the Oscars.

Apart from Big B, several others took to social media to congratulate the team behind Sarbjit.

The Academy of Motion Picture Arts and Sciences released the list of films in contention for the best picture Oscar on Wednesday. The awards will be announced on 26th February, 2017.

Sarbjit stars Randeep Hooda and Aishwarya Rai in lead roles and is a biopic based on the struggle of a sister to free her brother who languished in a Pakistani jail for more than two decades. Sarbjit is produced by Legend Studios, T-Series and Pooja Films. 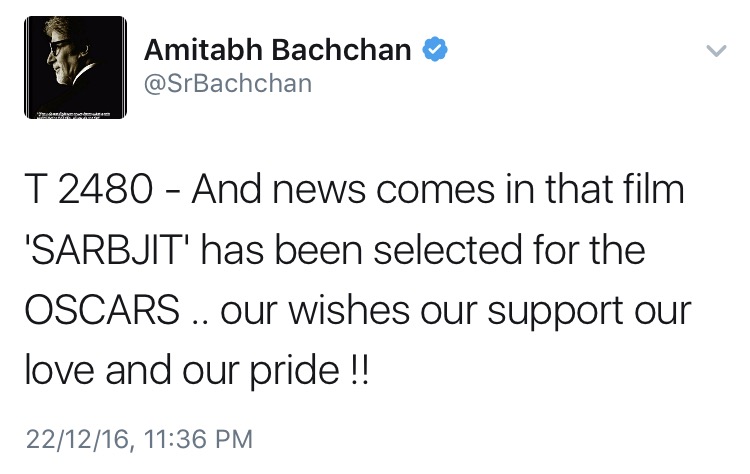 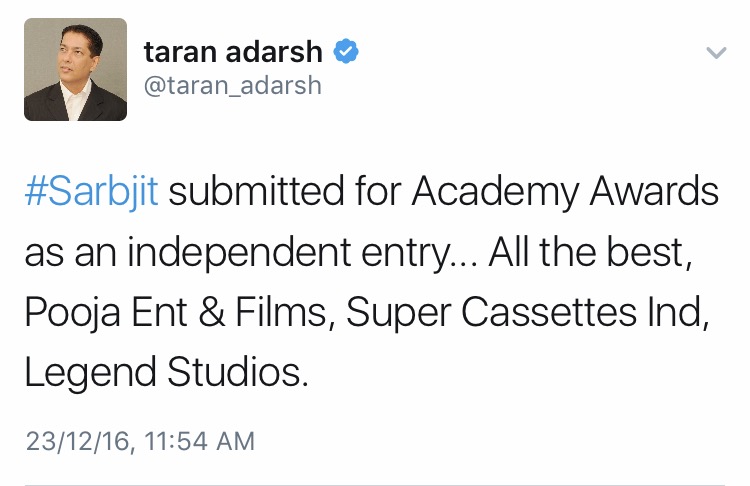