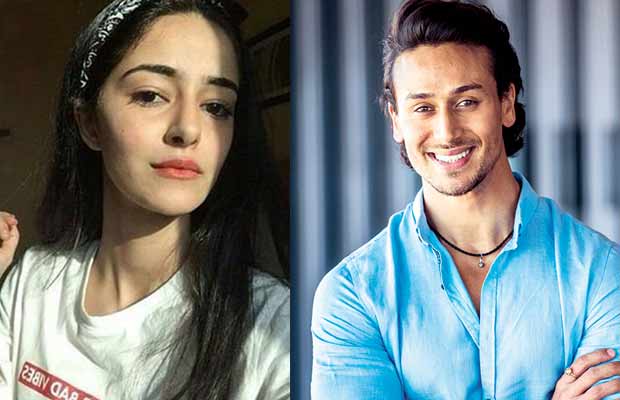 Ananya Panday has managed to impress Karan Johar and bag her debut project ‘Student Of The Year 2’!

Tiger Shroff was making rounds even before the poster of ‘Student Of The Year 2’ was released. But the female lead was nowhere in sight. Although now it looks like Karan Johar has finally found his female lead! Reportedly, Chunky Panday and Bhavna Panday’s daughter— Ananya Panday is all set to make her Bollywood debut opposite Tiger Shroff. 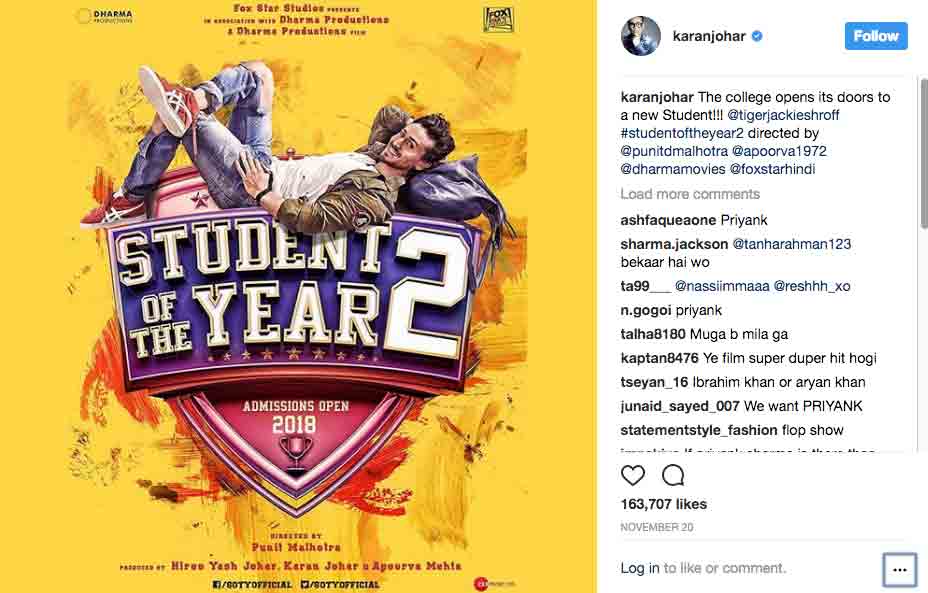 The poster featuring Tiger Shroff was unveiled on November 20th. In the poster, we can see the name of the movie along with the line — ‘Admissions open 2018’.

Along with Ananya, Sara Ali Khan and Janhvi Kapoor were considered for the role. But, Sara is making her debut in Abhishek Kapoor directed ‘Kedarnath’ opposite Sushant Singh Rajput. And, Janhvi Kapoor is making hers in Shashank Khaitan directed ‘Dhadak’ opposite another debutant star kid— Ishan Khattar.  So naturally, Karan Johar produced ‘Student Of The Year 2’ fell in Ananya Panday’s hands!

Initially, there were reports of Shahid Kapoor’s brother Ishaan Khattar also starring in the movie. Though, those claims were rubbished by Karan Johar in his tweet. He stated that the ‘cross stories’ are ‘baseless and untrue.’

There are also rumours of the Bigg Boss 11 contestant Priyank Sharma joining in the star cast of ‘SOTY 2’. Although, nothing has been confirmed yet as Priyank is still in the Bigg Boss house.

Reportedly, last week Ananya auditioned in front of Karan Johar, director Punit Malhotra and actor Tiger Shroff. If believed, Ananya was asked to read out Alia Bhatt’s character, Shanaya’s lines from ‘Student Of The Year’. Impressed by her professional and clean approach, Karan decided to cast her, immediately.

Apart from Ananya, it’s rumoured that one more female lead will join the star cast.