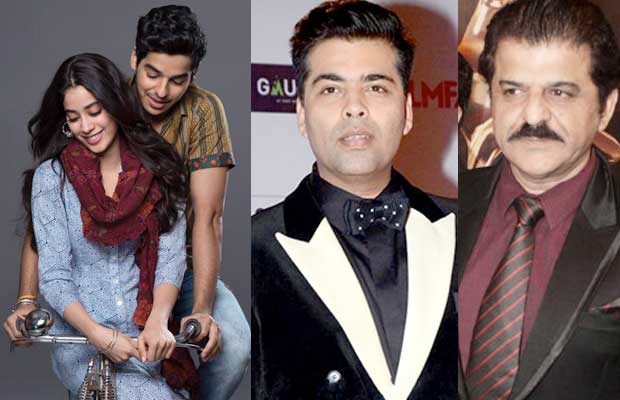 Bollywood was all praises when the posters of Karan Johar produced Dhadak were unveiled. Though as an aftermath the word ‘nepotism’ has come to haunt Karan yet again. This time debutant Ishaan Khattar’s father Rajesh Khattar has come to support Karan Johar.

Speaking to a leading daily newspaper, Rajesh Khattar defended Karan Johar and stated, “It’s not as if Karan was compelled to take Ishaan! He is going by the subject and what he wants to project. The story is about youngsters in the 18-21-year-old age bracket and he wanted actors with no image, which is why he chose them (Janhvi and Ishaan).”

Rajesh also added, “It is not like those with no connections to the industry are not getting a break, he said, citing the example of Rajkummar Rao. What was nepotism applicable in Shahid’s case? His parents – Pankaj Kapur and Neelima Azim – were not huge stars. He made his way up. Today, they are targetting Ishaan for being Shahid’s brother,”

Speaking about social media Rajesh said it is a way great medium to convey and share. Although now it has become a ‘ground of open defecation for trolls’ where people just want to ‘dump their sh*t’ on anyone they want to.