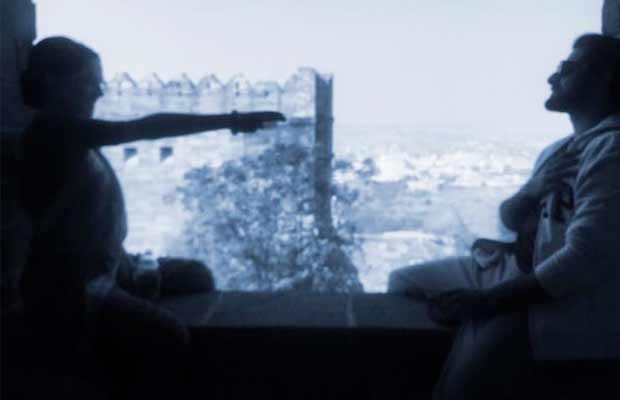 Ankita Lokhande, who is leaving no stone unturned for her grand Bollywood debut, shared a blurred picture of her sitting with her co-star Vaibhav Tatwawaadi.

“jhalkari bai definitely knows the way to even a modern man’s heart ! #Manikarnika @vaibhav.tatwawaadi #ItsBlurForAReason#jhalkaribai,” she wrote alongside the photo.

Recently, Kangana Ranaut’s look as Rani Laxmibai had gone viral on social media. The Queen actress was seen with a sword, turban and exquisite jewellery while shooting in Jaipur’s Amber Fort.

The film, being directed by Krish Jagarlamudi, stars Sonu Sood, Atul Kulkarni and Nihaar Pandya besides Kangana and Ankita. The period drama is a biopic on Jhansi’s historic ruler Rani Laxmibai, who played a pivotal role in the Indian Rebellion of 1857. Manikarnika: The Queen of Jhansi is scheduled to hit the screens next year in April.

Well, we are highly waiting to see Ankita Lokhande on the big screen.