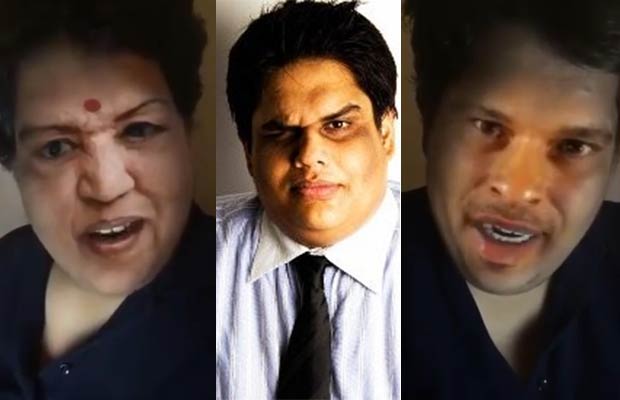 [tps_footer]AIB is Known for making funny and sarcastic videos. Let it be on Dhoom Parody or on Party songs, AIB always manages to gain a lot of attention. But recently Tanmay Bhatt from AIB made a video on Sachin Tendulkar and Lata Mangeshkar, where he was seen making fun of these two legends. And this created a stir both politically and socially. Disrespecting someone in the name of humour was not expected from Tanmay Bhatt. Bollywood celebrities expressed their anger too.

Actor Anupam Kher posted on Twitter that he had won awards for best comic actor nine times and had a great sense of humour, but Mr. Bhat’s video, he said, wasn’t humour.

“Am absolutely shocked. Disrespect is not cool and neither is it funny,” tweeted actor Riteish Deshmukh. Actor Celina Jaitly too wrote that she was appalled at the video and that Mr Bhat should apologise immediately. Filmmaker Ashoke Pandit, who is also member of the Central Board for Film Certification, said when Mr Bhat made fun of actors Farida Jalal and Rema Lagoo, many defended it as “freedom of expression”. “Because he was encouraged, he went on to make fun of Lata Mangeshkar. I am not surprised or shocked. I knew this was going to come. Besides, it is not just about respecting only legends. This should not happen to any common man,” he said, adding if action is not taken he will take on more people, which should not be allowed.

Not only this Senior Shiv Sena leader and member of Parliament Sanjay Raut demanded strict action against the AIB group member and said such people should not even get bail. “Making fun of legends in such an insulting manner is a crime under cyber laws. It is the duty of the government to take action immediately. We demand that this person should not even get bail,” said Mr. Raut.

Well this is really getting serious now. We hope that things go well with AIB.