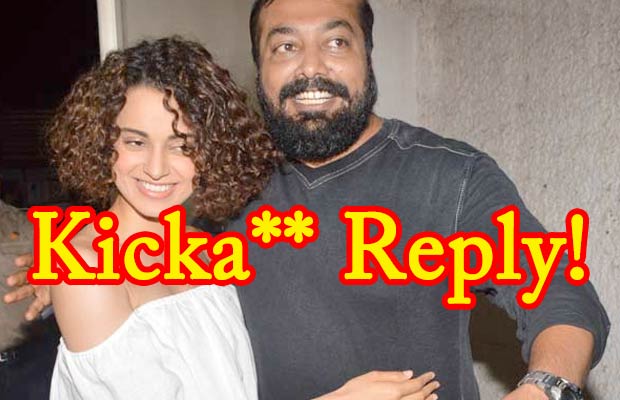 [tps_footer]Anurag Kashyap is known for making dark films. He enjoys making films on crime and thriller. And because of him, we got Gangs of Wassepur. Now Anurag Kashyap is coming back with this upcoming film Raman Raghav 2.0 and we all really excited for the film to release. His film Udta Punjab under Phantom banner is too releasing on June 17, 2016. There is certain audience for Anurag‘s films and we must say they all are excited for both of his upcoming films.

In an interview with Indian express, when Anurag was asked when an Irrfan Khan says Kangana Ranaut is out of reach, does that mean she is also out of the reach of Phantom films which gave her Queen? To this question, Anurag gracefully replied, ”Kangana’s market has become big. Expectations from her have become big. As a person, she is the same. For me, she is the same friend she was five years ago. My interaction with her has not changed one bit. So when somebody says she has gone out of reach, they are talking financially. I believe if Kangana really likes a script, the price wouldn’t be a criterion. She is a reasonable person. People were not running after her when she started Queen. People are running after her now after she tasted success. If she is asking for money, one might as well pay her. If Irrfan is saying Kangana has gone out of reach then he too has gone out of reach for many people. It’s all relative.”

We really like this bond between Kangana–Anurag and we hope that we see Kangana doing a film with Anurag soon.[/tps_footer]