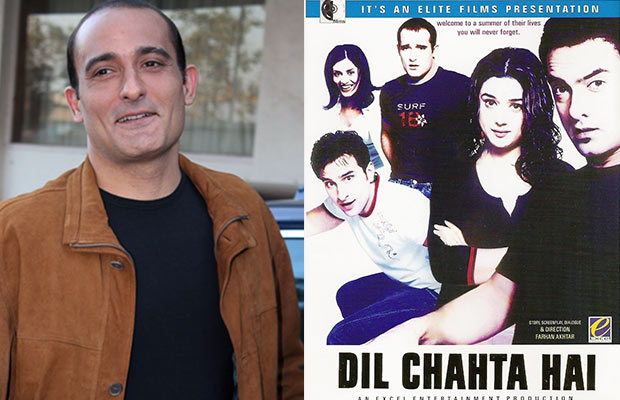 [tps_footer]‘Dil Chahta Hai’ is one film which is still the favorite of the masses. The movie which explored the theme of friendship, love and heartbreak is regarded as a masterpiece until now. ‘Dil Chahta Hai’ starred actors Aamir Khan, Akshaye Khanna and Saif Ali Khan in lead roles. The film was based on their bond and how things change when they fall in love.

Akshaye Khanna is still recalled for his role in the film. The mind blowing actor played the character of Siddharth who is an artist. Akshaye who was out of the limelight currently made a comeback with his appearance in the film ‘Dishoom’.

The star has now opened up on the dream sequel of the film ‘Dil Chahta Hai’. On talking about the stated Khanna said, “I’ll leave everything to act in it. I’ll do it provided that the script is fantastic. Also, it has to receive a collective thumbs up from the rest of the team members.”

Not stopping at that Akshaye also revealed how talent has now become a passive element in the industry and how social media presence is more valued. The actor expressed, “Talent took a backseat a long time ago, it’s not that it isn’t valued, but these aspects have taken over in the past few years. One mustn’t fight it; one should just accept it and move on. You must have an appetite for this, and I simply don’t have it.”

Akshaye Khanna who is seen in the film ‘Dishoom’ spoke about working with Sajid Nadiadwala for the first time saying, “There are few people in our industry who are capable of funding and putting a film together. He’s someone with machinery that works for him. He delegates work, which is also an art.”

Well, coming back to the sequel of ‘Dil Chahta Hai’ we hope Aamir and Saif also give it a thought!